The Lares Trek: Peru on a Shoestring Part 2 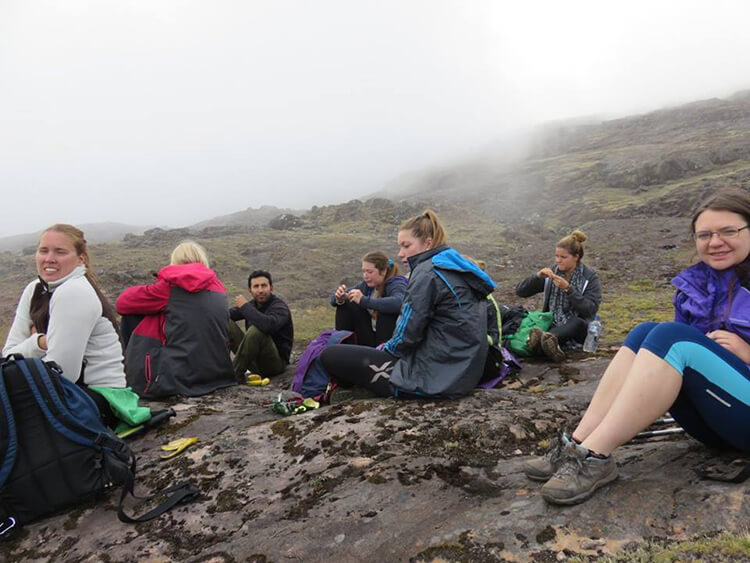 Make sure to read Part 1 of Amanda’s trip if you haven’t already!

Our first day was ‘easy’. We mainly followed a dirt road along a river and past a few small settlements. Even the slightest incline induced a lot of huffing and puffing. I underestimated the affects the altitude would have on me. It is a strange feeling to be walking at a leisurely pace, but not be able to catch your breath—it was a feeling I never got used to.

By the time we reached our lunch spot, our porters and cooks had set up a large mess tent and a private toilet by the river. Juice and hot soup were promptly served as soon as we had all taken a seat. It is amazing what these talented men could whip up in the middle of the Andes. The majority of the day was spent on very gentle inclines with the exception of a few rocky up hills; the last leading to our community run camp ground. Our tents were set up, and our duffle bags were laid out by the time we arrived. By the time we changed out of our embarrassingly sweaty hiking gear and made it to the table, we had freshly popped popcorn, cookies and boiling water to hot chocolate and coffee waiting for us. As far as camping goes—it wasn’t bad at all! 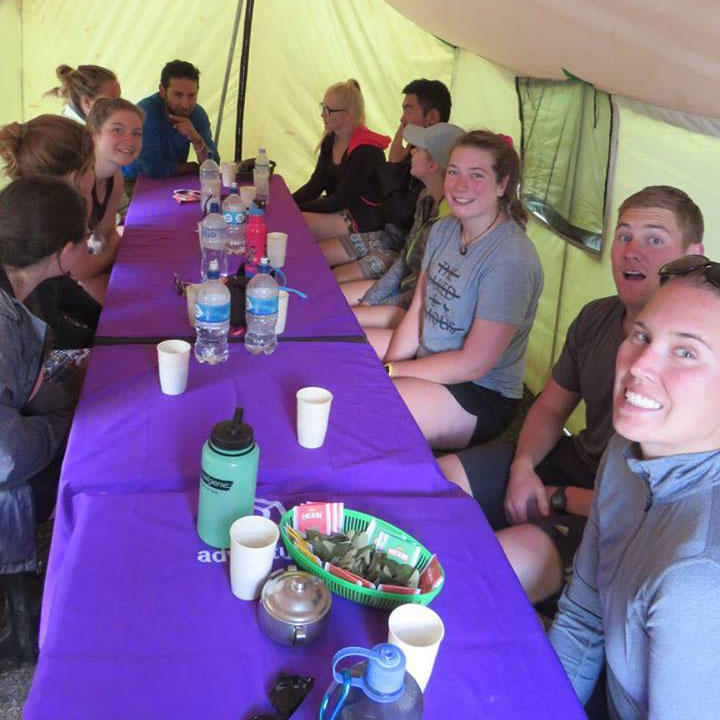 We spent the evening playing increasingly ridiculous card games, and called it a night at about 8pm. To be fair, it was pitch black outside, and we had just traipsed up a mountain, so it felt much later. The early night was much needed as we were up at 5:30am the next day to start our ascent up Sicllaccasa Mountain (almost 4800m). The walking was slow going, with lots of photo breaks (that is what I liked to call them, but really I just had to stop to try to catch my breath).

The Lares Trek is not subject to the strict rules that the Inca Trail is. This means that horses, mules and donkeys are allowed on the trail. The majority of our equipment for the hike was carried on the backs of various beasts of burden. This also means that we had an ‘ambulance horse’ trail behind us for the entire ascent. Bayon was just there in case one of us became too fatigued to make it to the top. There was a running joke that poor Bayon wasn’t so much an “ambulance horse” as a “horse of shame”. I am not going to lie; his saddle looked pretty inviting as I was climbing the mountain at a snail’s pace. Pride stopped me from doing it, although my lungs were begging for a little reprieve; I just couldn’t come home to an office full of Adventure Specialists and tell them that I didn’t complete the whole trek on my own two feet. It was nice to know we had backup should we need it.

We all made it to the summit under our own steam and celebrated at the top with group photos and high fives. We were assured that the descent was much easier, and that we should be at our lunch spot in about an hour and a half. Once we reached the valley floor, the footing was wonderfully spongey which made the last hour of walking a breeze. After lunch, the rest of the day went downhill fast—in the most wonderful way possible. The hardest part was behind us, and all that was left was the follow the crystal clear waters of the river further down into the valley. At the end of the day, we were grateful for our super human porters and their ability to run ahead and set up camp. 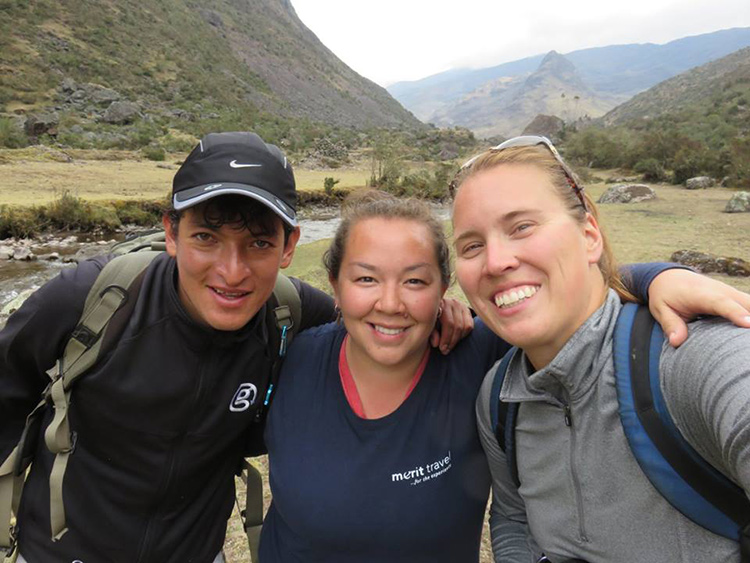 I wish I could say hot showers and masseuses were waiting for us but we were happy to have a hot chocolate and a seat on a stool. The camp was surprisingly comfortable, and the mess tent was toasty warm despite the wind whipping around outside. It was great to sit around a communal dinner and share our vastly different accounts of the exact same ascent up the mountain. I’d like to say that I stayed up and played drinking games with the younger members of our group, but in reality, as soon as dinner was done, I went to bed (oh to be 19 again). The next day saw us walking (blissfully) downhill until we reached a small town and our bus back to Ollantaytambo. 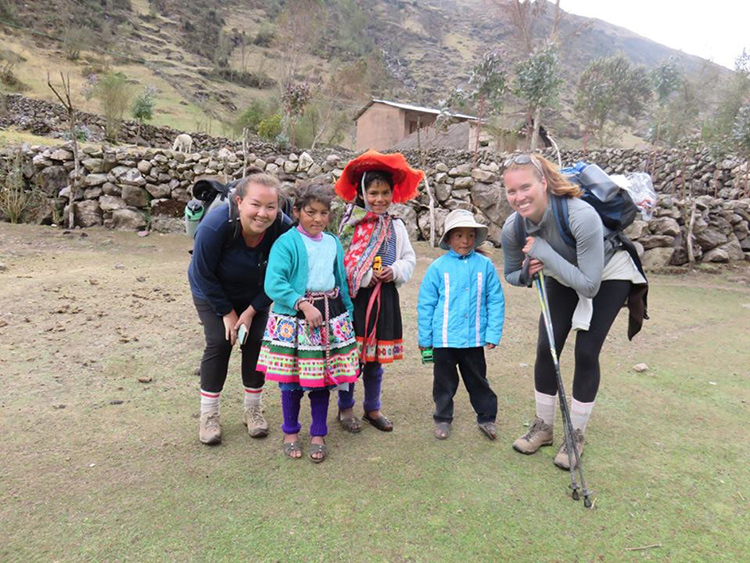 The bus had mobile Wi-Fi, which I thought everyone knew about. Apparently, I was the only one. I was happily posting pictures Instagram (aamandakwong, in case you are curious) and marveling at how fast the connection was while the rest of my group napped completely unaware. A short drive later, we were back in Ollantaytambo waiting for our last meal with our Lares Trek crew- which was exceedingly delicious as we had come to expect. We later boarded the Vistadome train to Aguas Calientes with full stomachs and tired muscles. We had hot showers and soft beds awaiting us!

One of the perks of the Lares Trek is that you are able to appreciate Machu Picchu with a good night’s sleep and clean hair. Queueing up for the first buses up the mountain at 5:30am isn’t exactly fun, but having a hot coffee in hand always helps. We were amongst the first people to enter the gates of Machu Picchu and proceeded to have a wonderfully informative tour in the pouring rain. I was just grateful the rain held off until after our trek. The rest of our group wasn’t so lucky, so ended up making the last long slog to Sun Gate in the rain. When we happened to run into them at the end of their final descent, the rain certainly didn’t look like it had dampened their spirits. 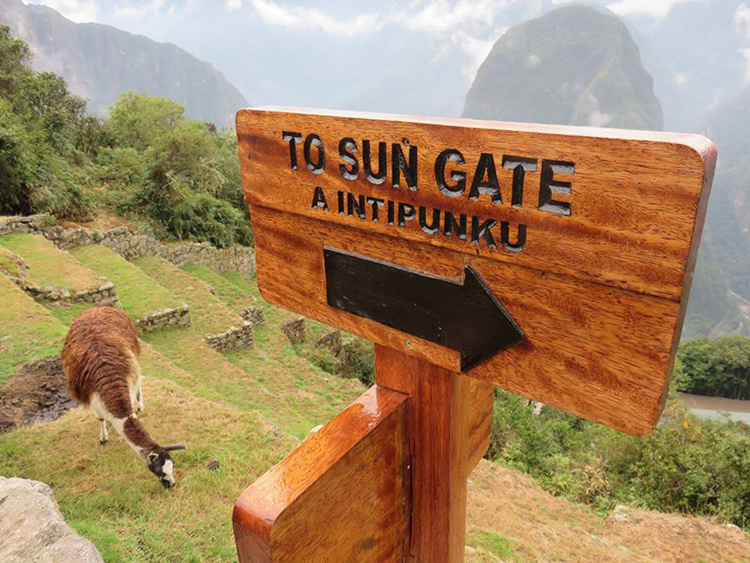 It cleared up towards the afternoon and we were all able to hike up to the Guard’s house and Sun Gate in relative dryness. The clouds even cleared up and we were able to take in the entire complex from above which is (I’m sure) always awe inspiring. Our group broke up into smaller groups and re-explored the ruins until it was time to head back to Cusco. Some of our group hadn’t showered in 4 days, so we were all looking forward to getting them back to Cusco and into a shower as quickly as possible. 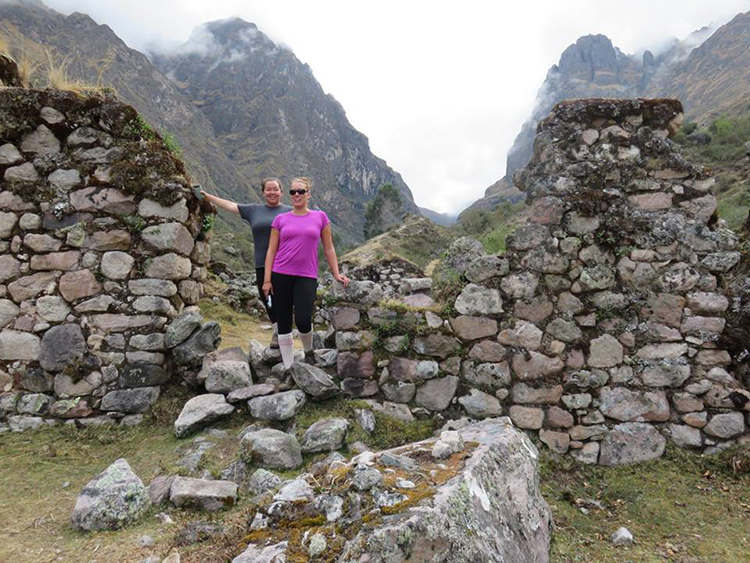 My friend and I had a busy last day in Cusco. We started the morning with a leisurely horseback ride through the countryside to visit some ruins (but really just so we could get a little ride in), followed by some serious shopping. We managed to pack a whole lot of shopping in before our last supper with our fellow travellers. Some of us were heading home to our day jobs; others were headed to catch a boat across the Atlantic to Cape Town, and some were catching a bus to La Paz. All of us were a little smug knowing we had walked the same paths the Incas—one of the most famous civilizations in history—had walked. 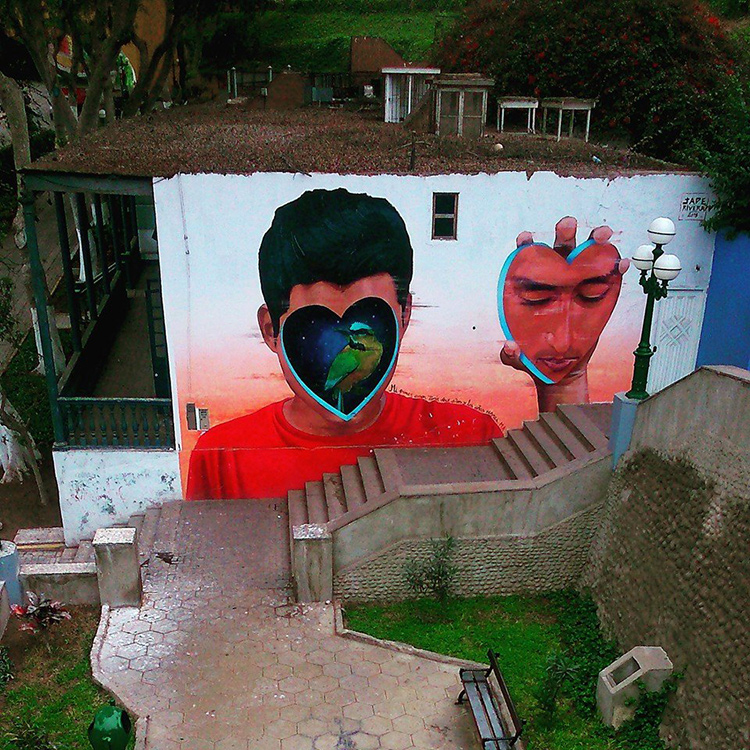