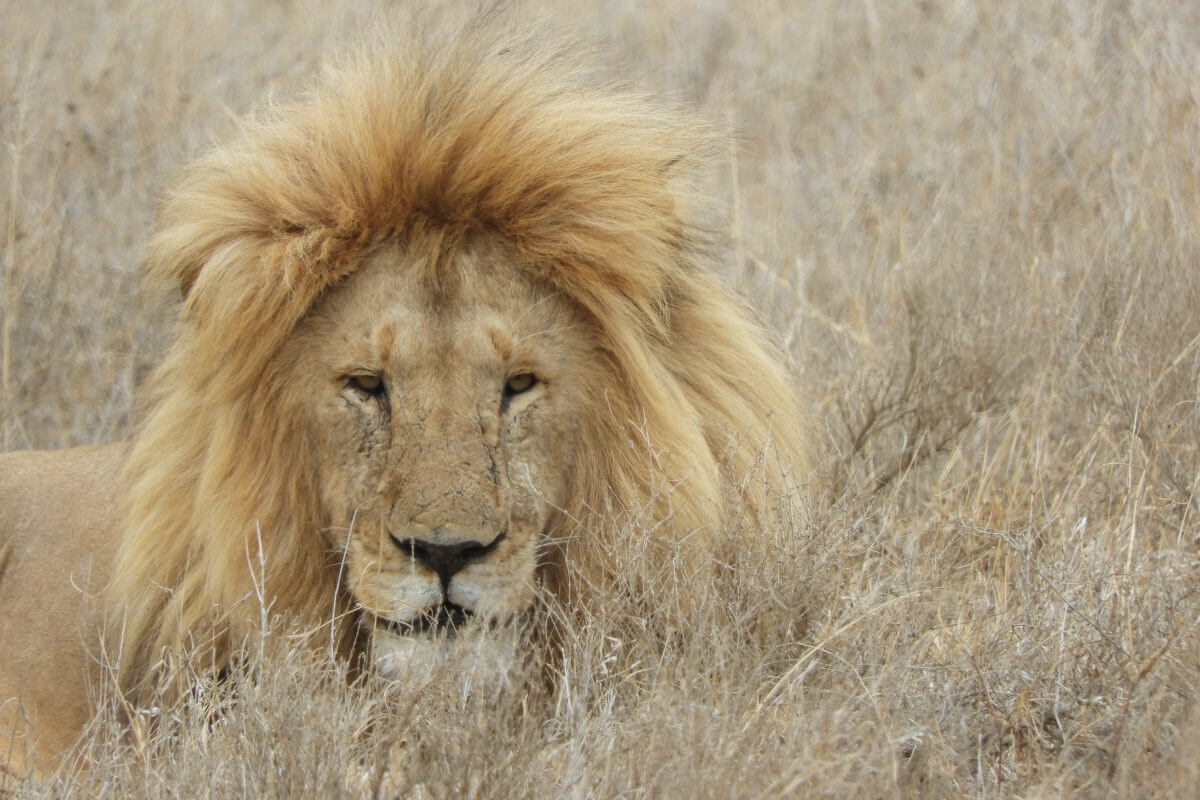 Sleeping in a bed was bitter sweet due to a 430am start to our Safari. This pre-dawn start would be the begining of my own adventure with my brother. After being transferred to our Safari vehicle in Arusha and squashing in all our gear we were on our way to Lake Manyara, sleeping the majority of the way as the early start and exhaustion of the days before had caught up with us. We had time for a quick stretch of the legs at Lake Manyara while we picked up two more passengers and headed on our way to the Serengeti. From here I was able to stay awake and enjoy the views of the national park, the Maasai walking alongside the road, the crazy loads some of the trucks and tractors were carrying en route to the Ngorongoro Crater rim. We had a quick stop at the park entrance to get our permits arranged before continuing along a red dirt and potholed road. The drive around the Ngorongoro Crater rim to the Serengeti was very scenic. Perfect weather continued for us and we had some spectacular views into the crater. It was quite incredible to have driven through a very dense and rich rainforest where the road was bone dry – I have never experienced such a contrast!

After such a bumpy ride it was nice to stop at the entrance to the Serengeti to enjoy lunch surrounded by beautiful Superb Starlings while overlooking the plains. It was really quite remarkable to see how far the savannah stretched into the horizon. Initially I was thinking we may have ended up with a dud guide as he was pointing out animals that were about 100m away but not stopping for us to look. It quickly became clear as to why he wasn’t stopping for wildlife on the horizon, as the animals appeared almost with arms distance throughout the park. It really was quite an extraordinary experience! I never imagined being able to see so many different animals so close to me and our vehicle.

Our first afternoon in the park was quite incredible. Not only did we drive past The Lion Kings pride rock and see giraffes, ostrich, warthogs, vultures, eagles, baboons, jackals, hyenas & impalas up close, but we were also very lucky to see a cheetah on the side of the road enjoying her kill. After observing her for a few minutes we noticed some little squeaks coming from the grass and soon her cub appeared for a feast. The mother was very protective and also looked very nervous the whole time they were feeding.

As we got a little distracted driving through the park we arrived in our campsite just as the sun was setting. It was all hands-on deck to set up tents and get the food out of the truck. We certainly ate much later than expected but it was worth it!

I may have grown up in a country filled with snakes, spiders and a reputation where everything will kill me, however sleeping in the tents was certainly quite unnerving. While the site was beautiful during the day, once the sun dropped my imagination ran wild. All of a sudden the bathroom seemed a long way away and it felt very exposed to everything. There was no way I was leaving my tent during the night not knowing what was watching me.

Our second day on Safari was even better than the first! Again we were provided with numerous sightings and were fortunate enough to see most of the wildlife only a few meters from our vehicle. We came across a pride of lions with four lioness and at least a dozen cubs shading themselves barely out of our campsite. It seemed the cubs wanted to play while the mothers were more interested in resting. We were lucky enough to have a front row seat to enjoy them for as long as we wanted.

It seemed that our second day was to be a cat day. We found lions camouflaged in the rocks, lions courting and mating, a Serval cat and the elusive Caracal. Our guide only sees a Caracal once every few years so we were pretty lucky!

We saw not one, but two leopards! The first was incredibly lazy sleeping in the branches of a tree. The second was much more lively, stalking prey through the reeds of a dried up river bed. I assume that she managed to take down her prey as we heard a squeal and a puff of dust appeared in the reeds. The leopard didn’t reappear again so it seemed she was enjoying her lunch.

We also spotted another cheetah and this time witnessed her take down a small rabbit. I know they are know for their speed, however it still surprised be how quickly she moved. It was incredible to see and something I never thought I would get to experience.

As Elephants are my favourite African animal, our driver promised me that he would be able have a heard surround our vehicle and of course he delivered! He certainly was great at not only spotting wildlife, but also knowing their behaviours and where they were likely to move to.

On the way back to the campsite we stopped to observe some baboons when a very cheeky Vervet Monkey climbed onto our vehicle. He looked like he was trying to find a way in via our open roof when our driver startled him back a little. After his entry plan was foiled he proceeded to pee all over the roof while staring us down. The people in the car certainly found it very entertaining to watch.

That night I slept terribly! I was woken by quite a loud noise early on and was unable to go back to sleep, proceeding to hear every creature and their sounds no matter how small they were. While an experience I am glad I had, it was certainly unnerving and unsettling knowing that there was only a piece of canvas separating me from everything out there.

We had one last morning game drive in the Serengeti before we would travel back to Ngorongoro crater. We started this drive a little later than the previous morning which meant the animal activity was much quieter. However, we did sit and watch two lionesses set up and stalk a couple of warthogs for close to an hour. It was very interesting to see how they worked together and the way the moved into position to try and bring them down. One would stay very still keeping an eye out while the other made quite a big detour, ensuring to stay down-wind to come up behind them. It surprised me that warthogs could move so quickly and out run the lions.

We headed back to the camp for a quick lunch and to pack up the car before driving back to Ngorongoro Crater. We received a little rain on the drive but not enough to obscure the views over the plains, the animals in the distance or the Maasai walking along the road and their villages. I really enjoyed seeing their colourful clothing amongst the dusty landscape.

Read the rest of Kaithlyn’s adventure in Part 2 HERE!