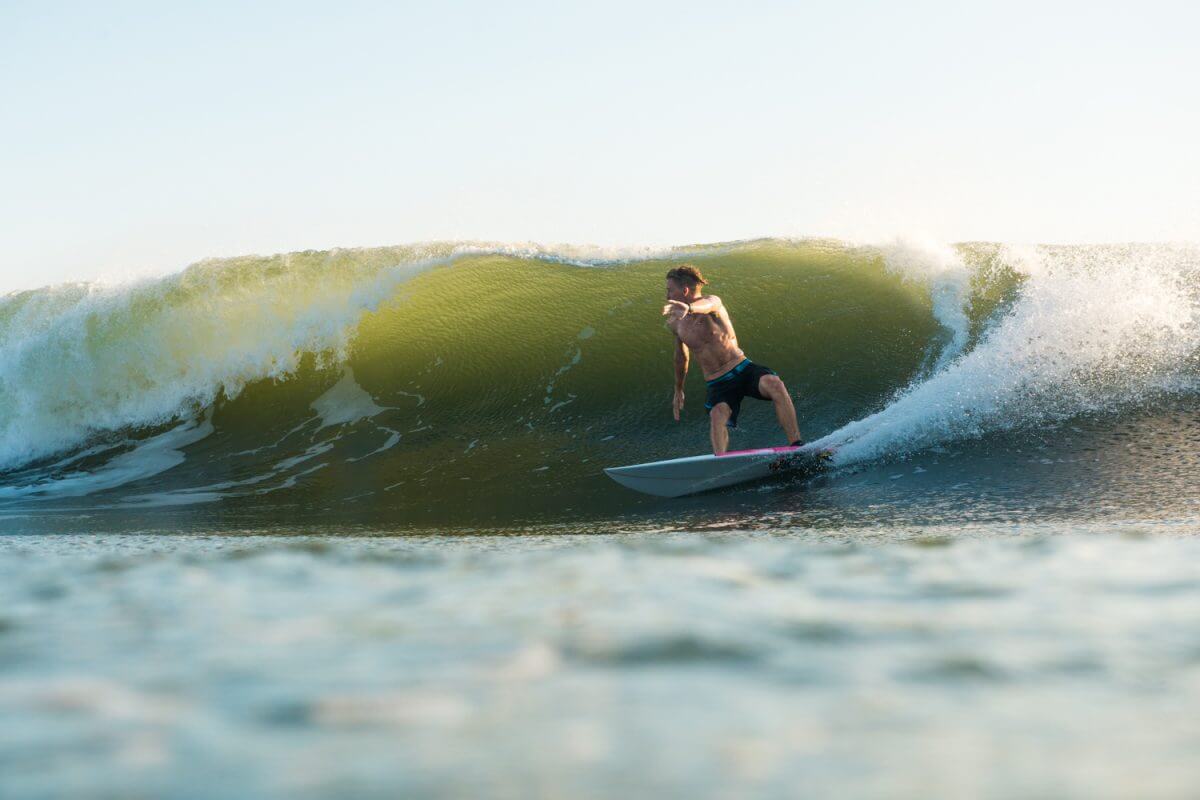 In search of the endless summer…Part 3: Panama

In 1966 The Endless Summer, a documentary, followed two surfers on an around-the-world surfing adventure in search of ‘The Perfect Wave’. World renowned surf locations featured such as the coastlines and destinations of California, Australia, New Zealand, Tahiti, Senegal, Ghana, Nigeria and South Africa.

The film excited, and captured the interest of surfers around the world as well as those with a love of summer and a desire to chase the sun and see these far-off summery, beach vibe destinations as part of a surf-and-travel culture. The waves don’t move on from classic surf locations, but new surfing breaks (or secret surf spots), are now found more easily so the surfing adventure continues.

A few locations which are gaining great popularity amongst the pro’s and amateurs alike, are found along the coastline of Central America. In particular Nicaragua, El Salvador and Panama are becoming big names for the surfing tourism industry. Even better, these surf locations also offer beaches for non-surfing activities, plenty of natural attractions, festivals and ecotourism as well – appealing to all ages and interests.

Panama lies like an ‘S’ on it’s side linking Costa Rica to it’s west-north-west and Colombia to its west-south-west, with the Caribbean Sea (and Atlantic) on the north and Pacific on the south. An Isthmus, is the geographic term for a stretch of land like this– quirky fact! Panama is probably most famous for the Panama Canal a man-made channel which provides shipping access straight through Panama from the Pacific to the Atlantic on the north. Besides providing convenience for the maritime industry, Panama has much to offer visitors. For those with a love of the outdoors, sunny, sandy and shady beaches, festivals, ecotourism and plenty of surfing opportunities await in Panama.

Panama’s wet season usually delivers consistent swell and the rains keep the wind down to an extent. As the west seasons starts to dry up, the swell calms down and the wind increases. The dry season heat can be hard to handle, but winds are light and the swell is small but reliable. Springtime, February to April, is known to be the best time for surfing fans, with swell and the offshore breezes increasingly picking up. Leading into May and June the waters get busy with big swell as the wet season sets in again. Given Panama’s location, there are a number of locations in the north as well as the and south of Panama, ideal for surfing, which differs to El Salvador (no northern coastline) and Nicaragua (coastline faces east-west).

Where to go surfing

Chame Banks – less than an hour from Panama City, this sandy beach break, in Punta Chame, rolls in 8ft (2.5m) waves, and is a consistent beach break in the Bay of Panama.

El Palmar – an hour from Panama City, is ideal for beginners and popular with all levels. Despite this it’s not too crowded and many locals frequent the surf here. There are three particular surf breaks here; Frente Palmar, Punta Palmar and Hawaiisito, which are usually tested out by all levels, with swell reaching 8ft (2.5m) consistently.

Santa Catalina – 6 hours south west of Panama City, is famed for delivering reliable and decent surfing (15ft/4.5m), March through to October. What used to be a small fishing village is now home to surfing elite and expats. Whilst it’s favourable to experienced surfers, there are also beginner breaks available. The well-known breaks include; La Punta and Punta Brava delivering 20-30ft (6-9m) waves ready to challenge the most experienced surfer and Punta Roca is a 30minute walk from Santa Catalina, best at low and medium tide.

Morrillo – 4hours from Panama City, offers surfers a sandy beach with 15ft (4.5m) waves. Getting to the surf break can be difficult for paddlers, so once the surf reaches 8ft (2.5m), it’s probably safer to stay shore side.

Playa Venao – 5hours from Panama City on the Azuero Peninsula, Playa Venao offers a sandy beach bottom and ideal surfing. The beach here is good for beginners and intermediates, despite swell averaging 10ft (3m) year-round. It can also have a party scene on weekends especially when surf competitions are in town.

Cambutal – an hour from Playa Venao, can be brutal with waves reaching 20ft (6metres) along beach or point breaks. Cambutal is fairly remote, so only the adventurous and brave venture out.

Morro Negrito – owned and operated by a surd camp, Morro Negrito is recognised internationally for surfing quality. Morro Negrito is located along the southern coast (although mostly facing west) of Panama in an unspoiled environment. Island hop from islands surrounding Morro Negrito to enjoy a new wave with each island. There are surf locations on reef and beaches, the beaches, being best for beginners.

Isle Grande – on the north side of Panama facing the Atlantic and 2.5hours from Panama City. Take a boat from La Guaira across to Isle Grande and 8ft (2.5m) waves will await you. The surf breaks on coral reef which can be sketchy, but the water is very clear and Isle Grande offers enjoyable island life if you just want to relax and enjoy the lush vegetation found on the island.

Playa Bluff – located in Isle Colon (Colon Island) and accessible via boat from the mainland or surrounding islands, sand here is the colour sand should be but is referred to as ‘golden’. Surf is considered the most perfect and most powerful of the world’s breaks. With 15ft (4.5m) ‘dumper’ waves to your front and exotic rainforest surrounding you it’s stunning landscape. Given the dumping the waves can deliver, the bodyboarders tend to enjoy this spot more so than surfers.

Silverbacks on the Isle Bastimentos is for experts only. The biggest waves, possibly in Panama, reach over 20ft (6m). Some nearby beaches Ref Frog and Wizard, are more suited to intermediate levels.

Carenero – on the tip of Isle Carenero, not far south from Bluff, 10ft (3m) waves break on coral reef and there is no shortage of professional surfers to be found. Both Bluff and Carenero are in the Bocas Del Toro Archipelago. Intermediate surfers are also testing the swell here.

Playa Paunch is another location on Isle Colon in the Bocas Del Toro Archipelago, and one of the best. The waves are suitable for all levels, including beginners, but can turn powerful in big swell and the coral can be sharp. It can get busy as it’s nearest to the town of Bocas.

We hope you’ve enjoyed reading about Panama! Read Part 1 on Nicaragua and Part 2 on El Salvador that form our Surfing Central America series.