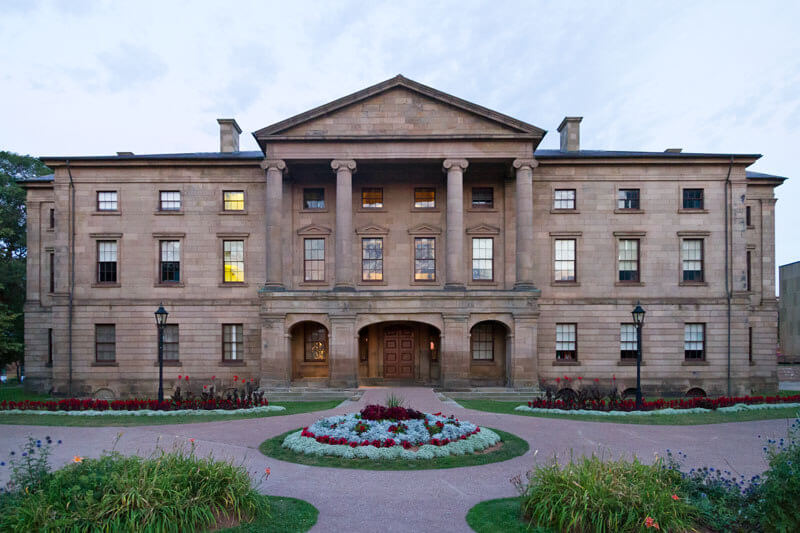 Prince Edward Island is one of the three Maritime Provinces and the smallest province in both land area and population, in Canada. Despite it’s size, it’s quality agricultural soils, produce 25% of Canada’s potatoes! Make sure you have a fresh ‘bowl of PEI mash’ when you are dining anywhere in PEI.

Prince Edward Island (PEI) holds particular historical significance for hosting the Charlottetown Conference in 1864, which instigated Canadian Confederation. If you are planning a trip to PEI and the local history or mashed potatoes doesn’t interest you, it is fortunate that there are boundless other attractions and activities to keep you busy for your entire stay.

It’s best to visit Prince Edward Island is between May and early October, with July and August being the most reliable for warm (23’C), and sometimes hot (30’C) weather. The weather can be temperamental in general, varying daily and throughout the day. Most of the rain falls between early autumn, early winter and mid spring. The most popular time to visit tends to be in autumn, when there is bountiful fresh produce in fruits and vegetables available, as well as warm weather and the changing of the leaves.

Some of the key attractions you might like to add to your ‘things to see and do’ list include the beaches, particularly around Cavendish where the red soils meet the clean, clear waters. If you are after white sand beaches then PEI National Park or Cedar Dune Provincial Park for miles of beach and a lighthouse with a view. Basin Head Provincial Park was voted the number one beach in Canada, for its ‘singing’ sand and warm waters.

Another popular attraction in Cavendish is a result of a novel that put Prince Edward Island on the map around the world – Anne of Green Gables, by Lucy Maud Montgomery. This heroine led tale has had a loyal following since it was first published in 1908 and attracts thousands of visitors to Green Gables in Cavendish every year. Visit the homestead that inspired the story and wander the Haunted Woods, Lovers Lane and learn more about L. M. Montgomery. Be aware of flying golf balls as the Haunted Woods trail pops you out onto the 11th fairway of the Green Gables Golf Course, a Stanley Thompson design, built in 1939.

Golfers will love Prince Edward Island, especially if you enjoy aesthetic courses surrounded by coastal dunes, breathtaking ocean views, the greenest forests and rolling farmlands. Some of the best courses include the incredibly scenic Brudenell River Golf Course, close to Charlottetown and a favourite course for LPGA golfer Lorie Kane. The Dundarave GC and the Michael Hurdzan and Dana fry designed, Belfast Highlands Greens are worthy of including in your itinerary as well as Avondale GC. At Lakeside, try out The Links at Crowbush Cove, a stunning course designed by Tom McBroom and listed among the ‘Sweet Sixteen” top courses worldwide. Other courses to note include Mill River, a challenge amongst Eastern Canada courses and the championship class Rob Heaslip designed Fox Meadow Golf and Country Club.

After sightseeing you will always look forward to a hearty meal and PEI delivers, especially if you rate seafood as a favourite. Try fresh lobster, seafood chowder and Prince Edward Island mussels almost anywhere in PEI. Enjoy sipping a variety of local ales at the PEI Brewing Company and tour Cows Creamery, while enjoying a lip smacking ice-cream. With so many potatoes available, it’s only natural that PEI has it’s own Prince Edward Distillery, producing vodka, while the Myriad View Distillery produces moonshine. Don’t forget PEI potato is served up in all sorts of tasty ways, that aren’t drinkable too.

To help build up an appetite or burn off some of the meals, you might enjoy hiring a bike and cycling along the Confederation Trail. When the railway was abandoned in 1989, using the railway as a transport route became popular amongst, walkers and cyclists in summer and for winter activities including snowmobiling. The scenery is beautiful, the villages small and welcoming, seaside stretches allow for a quick dip if you are working up a sweat or would like to lay in bask in the sun for a while. The trail is 435 kilometres long and suitable for all ages and fitness levels. Along the trail are accommodation options, food and shops.

If you are making a road-trip, it’s also worth seeing, the Confederation Bridge which links Prince Edward Island with New Brunswick by spanning the Abegweit Passage of Northumberland Strait. There are a number of itineraries you can follow that cover golf, the local cuisine, arts and culture, the beaches, Celtic inspired music, cycling and romantic or family getaways.

Enjoyed reading about Prince Edward Island? Plan a trip there with our travel experts.