When you fly back from Europe, you can often have a crystal clear view of the Labrador coast. The first time I saw it, it took my breath away. I thought to myself, “one day, I will explore that area.”

Dreams do come true – and it turned out to be one of the best trips that I have ever done. There was so much. Mother Nature was good to us – stunning sunsets and sunrises every day; wildlife sightings of caribou, arctic fox, hares, seals and those cuddly white polar bears; and wonderful birds and tundra flowers. The landscape was what I had imagined from that sky view so many years before. Grand is the best word to describe it. The wind-swept mountains surging high above the dark water clustered around the land locked communities of hardy Newfies all along the coast. For the historians on board Akademik Ioffe, there was much to discover. We visited: the Viking site of L’Anse Aux Meadows, the 16th century Basque whaler port of Red Bay, the Trust site of Battle Harbour, Hopedale Village with their Moravian buildings, and the restoration of Hepborn Moravian Mission. We visited areas from the Cold War to the Second World War. Our trip ended with Canada’s own Terry Fox Icebreaker guiding us through Frobisher Bay into Iqaluit to catch our flight home.

Did you know that Vikings called the original people of Newfoundland “Skraelings “? Experts suspect that the UNESCO site of L’Anse Aux Meadows – at the tip of Newfoundland and our first port of call – was a Vikings’ gathering ground for timber and game to take back to Greenland. The two groups did not get along very well so the Norse soon left the area for good.

The sheltered harbour of Red Bay was our next stop. During the 16th century, Basque whalers journeyed here to hunt whales and process their oil for sale back home. This town was known as one of the largest and busiest whaling ports on the continent.

Next stop: Battle Harbour, a thriving community in the 1800’s due to bustling saltfish economy. In 1909, Robert Peary, the Arctic Explorer, wired the New York Times announcing his claim of reaching the North Pole. In the late 1960’s, the residents were moved as part of the government relocation programs but many kept their homes for summer residence. Battle Harbour is now a Historic Trust location and there have been exciting restorations done to the church, homes and wharves. I say “exciting” because the government has kept as it was – no pavement! A languid day at sea with a zodiac cruise amongst some rocky islets covered with tundra flowers and reflecting ponds. 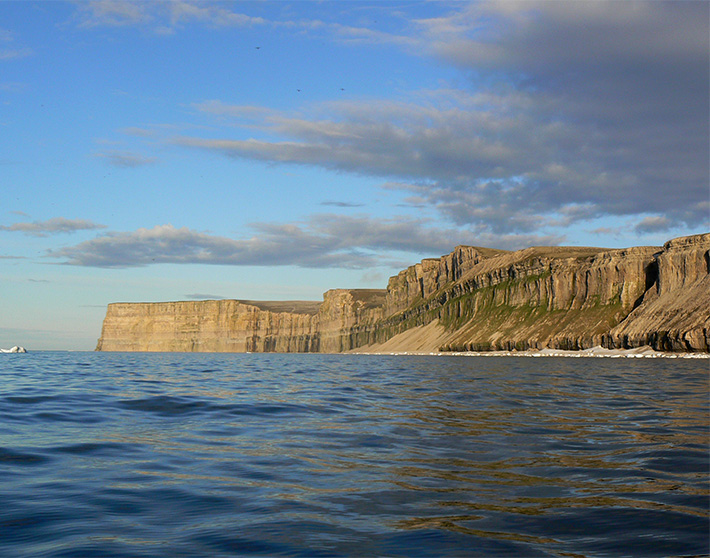 Inuktitut name Arvertok… fanciful name “the place of whales”… current name Hopedale… our next stop. Moravian Missionaries arrived from Germany in 1782 and some of their structures are what we Canadians can claim as some of the oldest buildings in our country. The interpretive centre is the place to see and learn, and watch traditional Inuit dances, music, locally made carvings and craft as well as games. It was a lot of fun!

As it was late June, it never quite got dark, so us night-owls could always see icebergs floating past southward bound. Keeping our eyes peeled for whales, seals and birds.

Hepborn is another Moravian mission. It was said that the main buildings were pre-fabricated in Germany and shipped over in 1829. It was in the process of been restored by local Inuit.

At Saglek Fjord, the southern gateway to the Torngat Mountains, we disembarked below the giant, towering black cliffs to do some exploring. Groups of 12 or so led by an expedition guide and an Inuit gun bearer meandered and explored. Finds included a protected Inuit and a pre-Inuit archaeological site with distinct tent rings, above ground graves, blinds, fox traps and food caches (which revealed to us life in the park area up to 7,000 years ago), tundra plants, and animal bones and caribou antlers were discussed at our BBQ lunch back on board. But there was life as well – a mother caribou and her young were swimming nearby and later again we saw a single young male polar bear!

Did you know that the Germans had established a weather transmission station along this coast – at Martin Bay? Franz Selinger was writing a history of the German weather services and found photographs of a weather station and a U-boat, and so his curiosity was piqued. In 1980, the determined Selinger was able to find evidence of canisters, a mast, and some dry-cell batteries. Only a handful of German seamen and scientists knew about this at the time. Now these remains are housed in the War Museum in Ottawa. 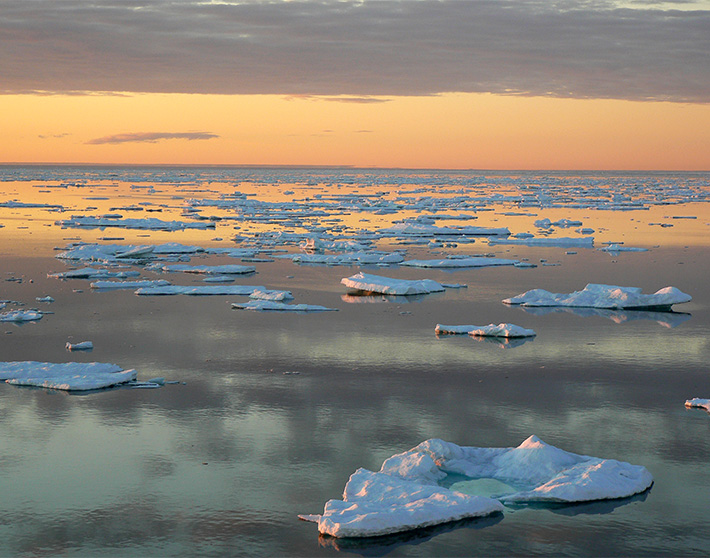 Our last zodiac cruise was in the early evening to Akaptok Island, an uninhabited island in Ungava Bay. It was very calm and the lighting was beautiful. Alas, we could not land here because there were so many polar bears! Everyone was blown away and the photographers were in their glory!

We sailed into Frobisher Bay, ending our adventure at Iqaluit. The bay was frozen and we were lucky that the Terry Fox Icebreaker was nearby and plowed on ahead of us into port! What a way to end this magnificent journey! This stories and pictures from this trip were something that my dad and I shared and treasured for many years.

What a special place Canada is … we should all get out and explore it!