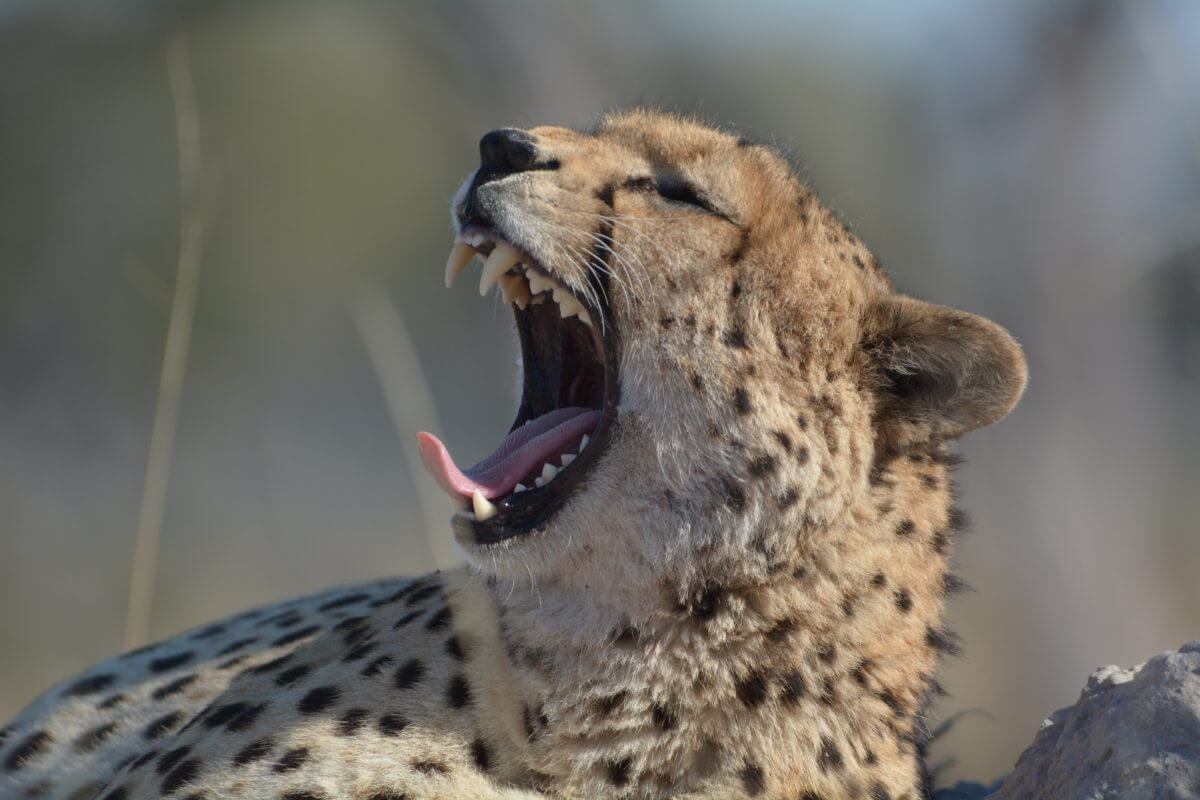 On Safari in Botswana – Part 2
Continued from Part 1 of this blog article!

One of the coolest parts of being on safari is, in my semi-professional opinion, the private bush flights. Starting in an open-air safari vehicle, gazing at giraffes and zebras that you see along the way, to eventually come across a clearing with a dirt airstrip. This airstrip can often play host to the local wildlife, such as a troupe of baboons, dashing about and posing at one end of the “runway”. From the relative silence of the surrounding bush, a Cessna Grand Caravan swooped down, the doors were thrown open and we met our enthusiastic bush pilot. Many parts of the Okavango Delta are very challenging by car so flying is a part of safari in the country, just adding to the luxurious experience.

We landed 45 minutes later at Selinda Airstrip, technically outside of the Okavango Delta in the Selinda Spillway area of north east Botswana. Selinda Camp is a short boat ride away down a permanent waterway. The camp itself, is not a camp but a complex of thatched roof, wall-less buildings perched on the edge of a wetland grazing area; a perfect location for elephant and hippopotamus watching. The staff at Selinda give us a warm, musical greeting, welcoming us to their home away from home, which would also be ours for several nights. After being introduced to our guide, we enjoyed a buffet lunch, which incorporated healthy takes on African classics and staples. The food was delicious, particularly, one of the vegetable dishes was spectacular, it has to be tasted to be believed! You will never go hungry at Selinda.

We came to Selinda because of its focus on conservation and sustainability. Selinda and her sister camps, Zarafa and Duba Plains were founded by conservationists, filmmakers and photographers, Dereck and Beverley Joubert, of National Geographic fame. The camps are highly sustainable operations, minimising waste and ensuring the wellbeing and safety of the animals in their reserve.

After lunch, we headed out with our guide and started looking for predators. The beauty of the hunt for wildlife is alive and well here, the times where you don’t see anything (it isn’t very long), make the finding of wildlife in its natural habitat all the more special. To our incredible luck, our guide tracked down a lion pride! As we slowly approached in our truck, we managed to stop within feet of the animals and observe them, sitting in our truck, speaking softly and clicking away on our cameras. Our guide, then turned the engine off and we sat quietly looking and listening to the sounds of the lions lazing in the afternoon sun. Three cubs horsed around and made small yelping sounds, the lionesses yawned and occasionally swatted away an over-excited cub. It was an incredible experience to sit and watch the natural interactions between the lioness and cubs, who like human children, don’t like their mothers fussing over them!

Our guide, continuously keeping an eye out, pointed out, two sleeping male lions, only twenty or so feet away. He explained, the bigger of the two was the alpha male of both female prides in the area. He weighed in around 400 pounds, making us quite happy that he was taking a nap.

As the sun set, the pride started to move out, the lionesses called to the younger lions to follow them along the same tracks the safari vehicles used. We followed them for a while and elected to have our sundown cocktails safely in the truck rather than amongst the pride.

The roaring fire that greeted us when we returned to camp warmed us up as we tucked into the buffet dinner with the other guests at camp. Private dinners can be organised if you prefer as we did one evening. After dinner, we sat around a fire, listened to the hippos laugh, and told stories about various wildlife encounters of the day. Surprise elephant encounters on the road, lions stalking potential prey and baboons being mischievous are all on the table here.

To be on safari isn’t just about finding animals or sunrise wake up calls, although that is a whole world of fun and there are lots of early mornings. It is about connecting with nature, both the animal kingdom and with yourself and your travelling companion; I cannot recommend heading out on safari enough! The shared emotions, the animal interactions, the sheer beauty of the landscapes, will tug at your heart. Spending a few days with no cell phone reception, bumping around in the bush following animal tracks, sharing real experiences with those around you will recharge you. It will empower you. 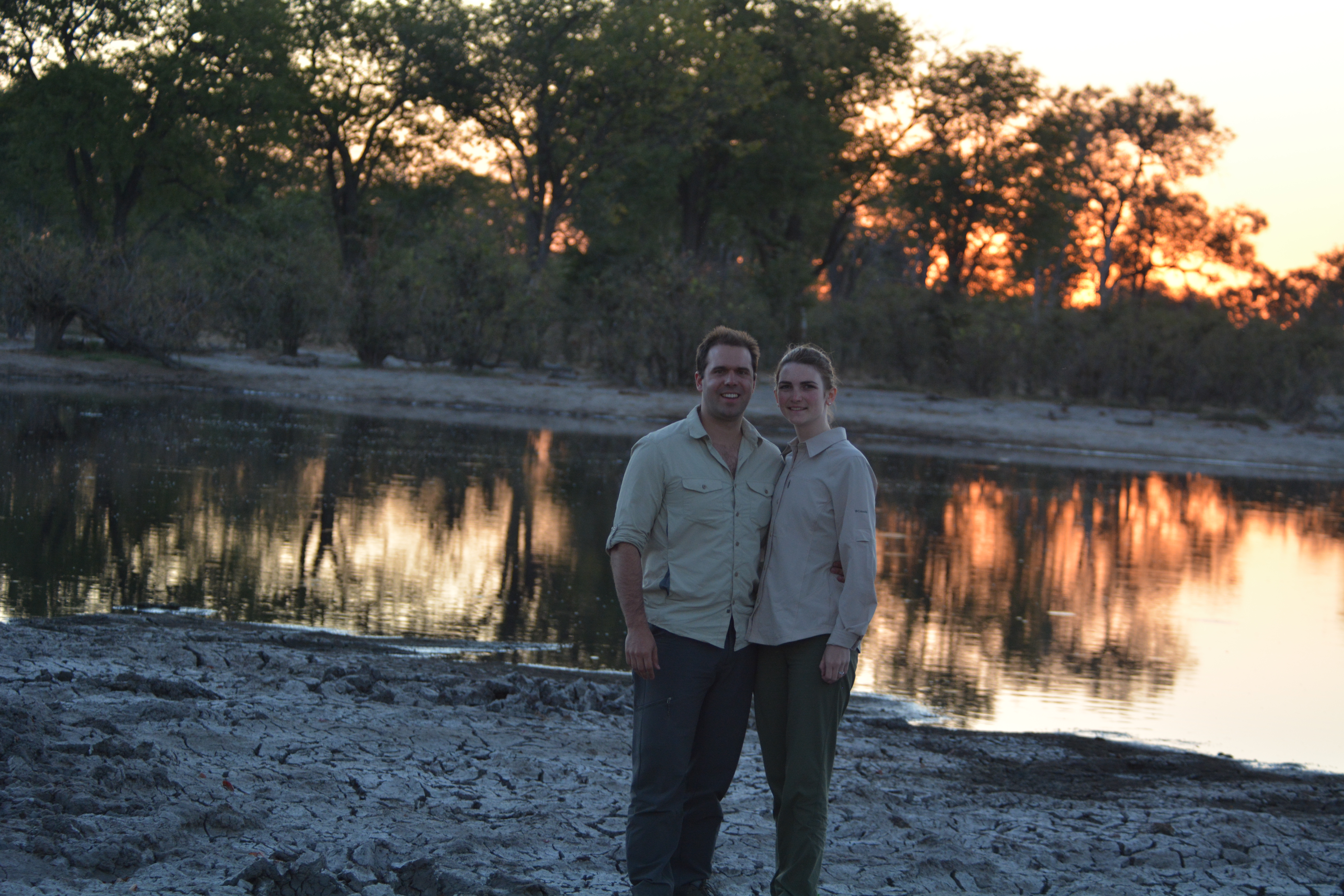 Make the journey! Botswana will change you. Once you jump down from your truck in the middle of the plains and take a deep breath of fresh, cool air, I think you’ll agree with me.

6 Reasons Why You Need to Visit Israel
What to Expect in Banff and Lake Louise in March
Aspen Snowmass Family Guide
Fill out our online form.