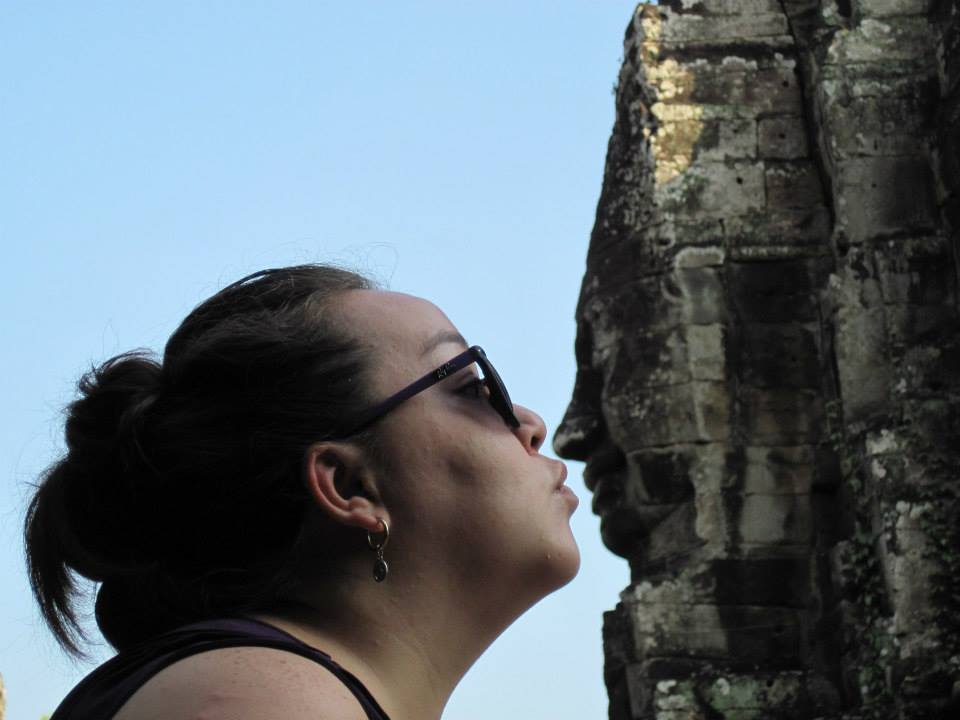 I arrived home from Thailand to ‘Icemageddon’ which descended on much of Ontario just before Christmas, which made me appreciate the time in Thailand and Cambodia that much more! My trip started with a 10 day comfort tour “Highlights of Thailand” with Intrepid, followed by a whirlwind trip to the centuries old ruins of Angkor Wat in Siem Reap, and finally ended with a week SCUBA diving in the world renowned waters surrounding Koh Tao in the Gulf of Thailand.  This trip allowed me to dive head first into the sights and sounds of what the region has to offer. Everything is so vibrant, the colours, tastes and people never ceased to amaze me!

After 35 hours of transit I arrived at the hotel in Bangkok equipped with everything from a rooftop pool to 7/11 next door to (my personal favourite) the “best pad Thai in Thailand” across the narrow almost solely pedestrian street. The Pad Thai certainly was good (maybe not the best in Thailand) but the Indian curried crab was out of this world.  I had a free day to explore Bangkok before meeting my Intrepid group, so I checked out the Taling Chan Floating Market. 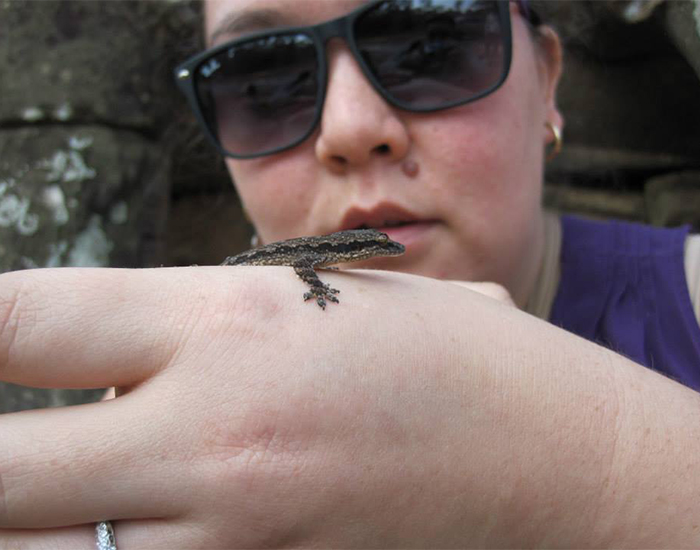 It was a great experience and much less touristy than some of the bigger floating markets around Bangkok. There was lots of food to try and a ton of puppies to play with (which is always a highlight in my books). Some of the treats the market had included fried ice cream and roti— basically fried dough covered in sweetened condensed milk. Another point of interest was the giant catfish at the side of the canal; I came to recognize that they were everywhere and never got any less creepy. There were swarms of them waiting to be fed some bread by a passersby. 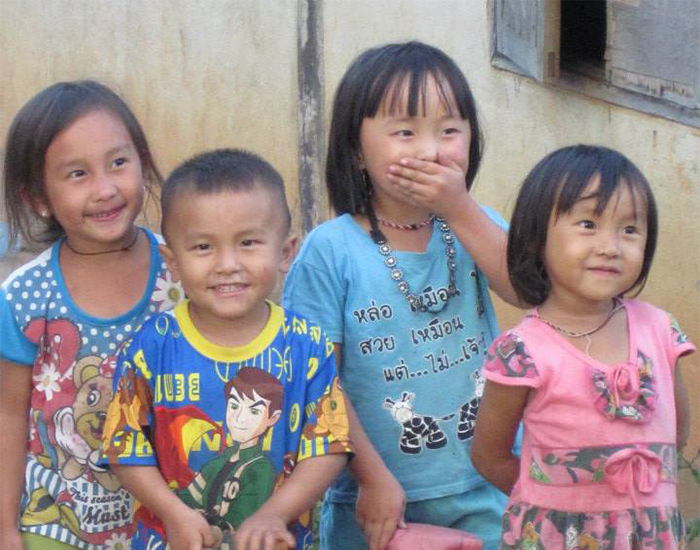 Next on the agenda was Chatuchak market, Bangkok’s largest weekend market. I was on a mission to find a massage. This market is bigger than anything I have ever seen, and I consider myself a market connoisseur. I walked around looking at some questionable food (fried crickets, anyone?), some cute ‘one size fits all’ clothes and more food before I stumbled upon a 250 Baht an hour massage kiosk. I would have stayed there all day had it been appropriate. My Intrepid tour took me to all the highlights of Bangkok including the Grand Palace, Wat Arun, and Jim Thompson’s house. While these sites were all interesting in their own rights, I went to Thailand to get off the tourist trail. 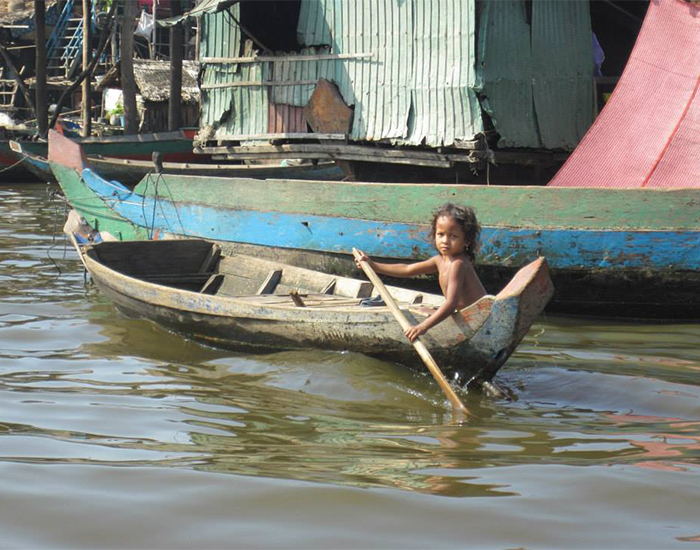 Intrepid’s itinerary took me to a remote H’mong lodge, cycling through the ruins of Thailand’s former capital and to a picnic with a local family (and consequently the best meal of the whole trip). I took a Thai cooking class in Chiang Mai, but never will I be able to reproduce the Massaman tofu curry I had that fateful day. I explored night markets and had a ‘fish pedicure’ or a massage almost every night. It was great to people watch and unwind after longs days of visiting ancient temples and braving the throngs of cars and people on the roads. The shopping didn’t hurt either.

I decided to fly from Bangkok to Siem Reap instead of taking a bus; although it was a little more expensive it sure saved time. The service on these tiny planes is reminiscent of ‘the good old days’ of air travel. The flight attendants were extremely hospitable, and everybody got a small lunch kit with dessert and drinks included! This was for a flight that took less than 2 hours door to door.

Siem Reap is a charming little city. When I wasn’t exploring the ruins of the Angkor Complex I was taking in everything this town had to offer. A highlight for me was seeing the circus. It was part show, part social engagement, and fully entertaining. This company has helped to train at risk youth in the arts of acrobatics, dance and theatrics. The show is hugely entertaining on its own, but coupled with the fact that it is funding a good cause makes it an event not to miss. 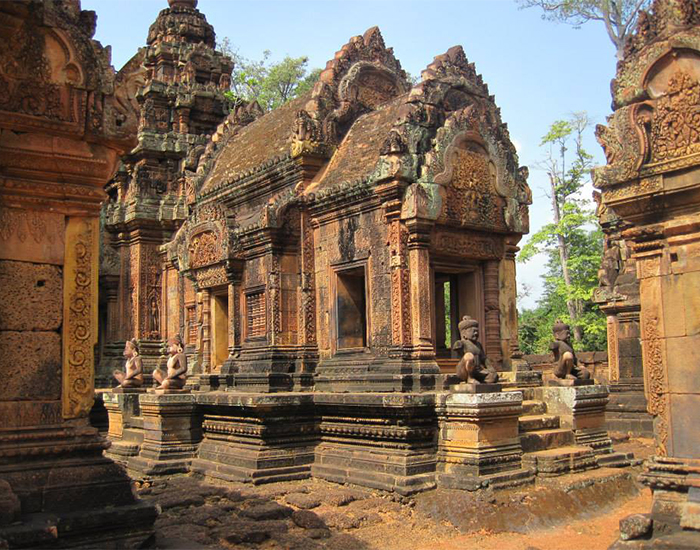 I have always wanted to explore the ruins of Angkor, and this trip let me see a vast majority of them in 3 days. Even with the mass of humanity milling about, the temples and ruins really are magical. I found seeing bullet holes from the Khmer Rouge Regime era really astonishing; how anyone could want to harm these beautiful structures is beyond me.  The sandstone used to construct many of temples (or Wats) has a beautiful warm tone to them which lends itself perfectly to photography.

Tonle Sap was an unexpected highlight of my time in Cambodia. In the wet season people get to work and school on small boats, and in the dry season you can walk on roads that were once fully submerged. I did just a short half day tour to a village on Tonle Sap and was able to catch a glimpse of life that is constantly in transition. During the wet season many people will farm fish, shower and grow vegetables in the water under their houses. Children look as comfortable leaping from one boat to the other as they would walking on dry land. I was enthralled justwatching a way of life so different from my own.

I am mostly a land dweller unless I am Scuba Diving. I don’t like to swim in pools, or even in the ocean unless I have a tank strapped to my back and a regulator in my mouth. Forget trying to get me to jump into a cold Northern Ontario lake! Koh Tao is the smallest inhabited island in the Chumphon Archipelago easily accessed by ferries from Koh Samui, Koh Phangan and from the mainland town of Chumphon. It sits in the Gulf of Thailand and the water temperature does not often dip below 27 degrees Celsius. The visibility can exceed 40m year round (average of 20m) except for monsoon season (late October-early December) where visibility can get as poor at 5m.  I was there for a week in mind December and had at the worst visibility of 7m and best 18m. It was not an ideal time to dive, but beggars can’t be choosers! I was able to do a night dive, which I’ve never done before. It was not as unnerving as I had expected and it was really thrilling to see some phosphorescent plankton. I saw many different species of tropical fish and huge schools of trevally and barracuda but will have to go back during whale shark season. 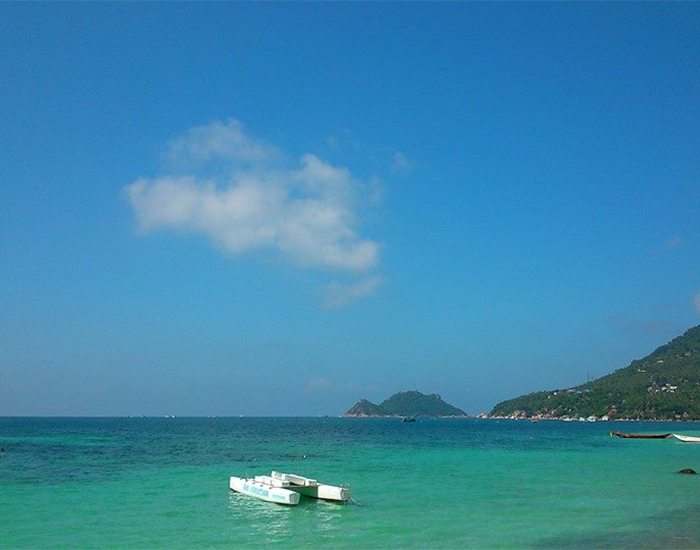 My accommodation wasn’t great, but there are amazing restaurants on the Island—the best being Barracuda. Their seared tuna with bubble and squeak and Thai Fusion whole red snapper were to die for. The island is more expensive than the rest of Thailand, but still cheaper than western standards. I obviously continued my trend of getting massages every other night, and I managed to finish my trip without going bankrupt.

To top off an already great trip, my flight from Tokyo to Denver was on a brand new 787 Dreamliner. I never thought a long haul flight could be comfortable, but this plane proved me wrong. I usually sleep on planes, but I found myself completely distracted by the amount of TV and movies that were available. When I did fall asleep it was nice being woken up gradually instead of having the blinding cabin lights come one all at once. I look forward to flying in one again!

As with every destination I visit, I look forward to exploring this region in more depth. It’s amazing how quickly three weeks can fly by.