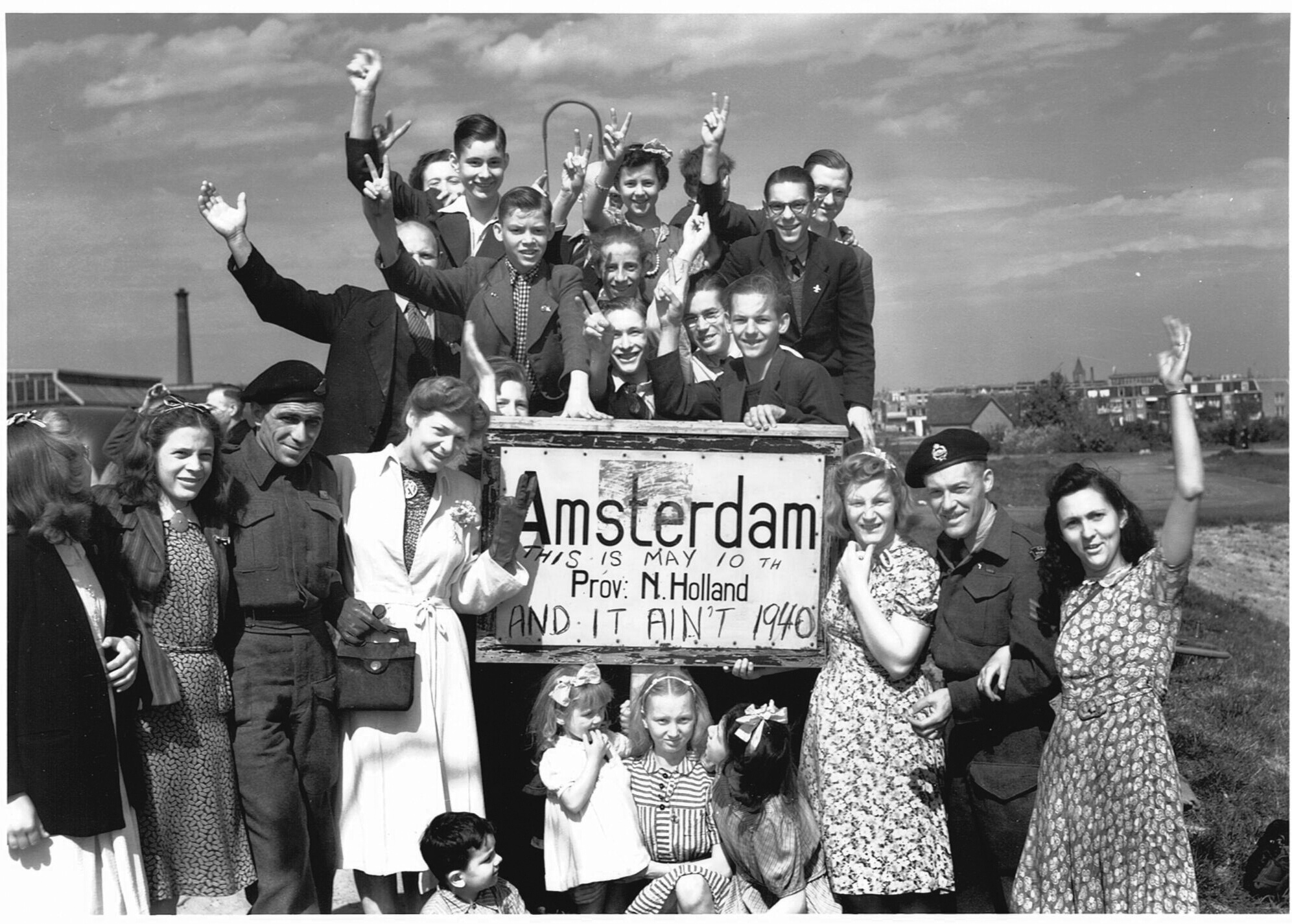 Early in May, almost 75 years ago, a Second World War glider pilot named Martin Maxwell tasted freedom for the first time in nearly eight months. On Sept. 17, 1944, during his second airborne operation, he had delivered British soldiers and equipment in a controlled crash landing near Arnhem, Holland, during Operation Market Garden, only to be wounded and captured days later. But on May 1, 1945, with the Germans surrendering all over Europe, Maxwell regained his freedom.

“A British tank came into our POW camp,” he said, “and we were liberated.” 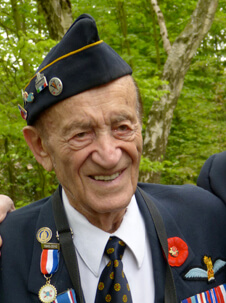 This May of 2020, Martin Maxwell, a 96-year-old WWII veteran, will relive that moment, three-quarters of a century ago, as he re-joins me and our Merit Travel group for a 12-day tour marking the 75th anniversary of the Allies’ liberation of the Netherlands in 1944-45.

You can join us. Our tour plans include visiting the place where Maxwell was captured at the “Bridge Too Far” site in Arnhem. We’ll participate in the emotional “Silent March.” And we’ll tour the Scheldt estuary where 5,000 Canadians died clearing the way to the port of Antwerp and the final push against German Armies to liberate Europe. 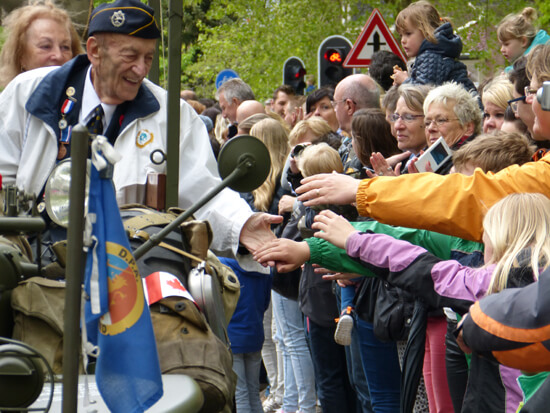 To this day, Martin Maxwell recalls every moment of liberation. Even with the war officially over after May 8, 1945, and now freed by advancing Allied armies, pilot Maxwell found ways to assist the oppressed people he encountered in former Nazi-occupied Europe. To speed their way home, he and a friend traded a navigation watch to a Russian officer for a jeep and six containers of fuel. They packed the jeep with biscuits and cheese and soon came upon Bergen-Belsen concentration camp.

“In a small corner of the camp, called Kinder Heim (children’s home,) we found dozens of children dead and dying. A little girl ran up to my friend, threw her arms around his leg and called out, ‘Papa! Papa!’”

A woman in the home informed Maxwell that Hannah, this little girl, thought anyone in uniform was her father. Maxwell promised to return the next day with food and provisions for the children. He even traded four cigarettes for a doll he planned to give to little Hannah.

“The next day, we handed out the food and water,” Maxwell said. “And I searched for the little girl to receive this precious doll. A woman emerged shaking her head. Hannah had died in the night.”

The Second World War left deep scars on civilians and soldiers. That’s why veteran Martin Maxwell, at 96, insists that neither the freedom he and his comrades restored, nor the sacrifice Canadians made for peace, can be forgotten. If you’d like to join Martin and me – May 1-12, 2020 – seats on our Dutch Liberation Tour are still available.