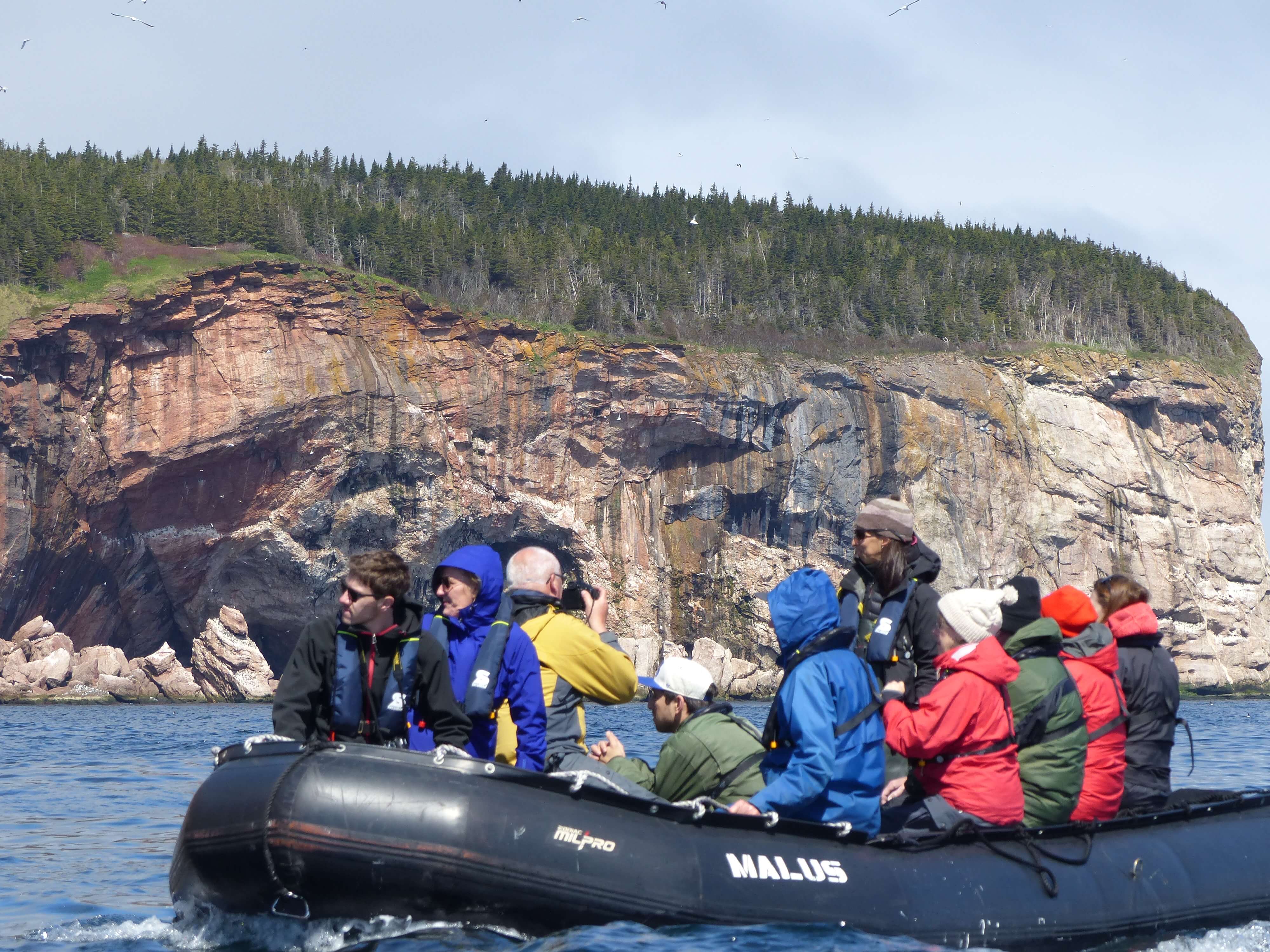 In July 2017, one of our seasoned travel consultants Jenn, from our King Street office in Toronto travelled with Adventure Canada along the St Lawrence River to the Atlantic. Read part 1 here and read more about her journey in part 2!

The name conjures up cobbled stone alleyways, curved wrought iron paned shop windows, and street lanterns. I had first been about 20 years ago and the city never disappoints. While there have been many restorations to the original stone buildings, the impetus was to keep to the original feeling and structure of the buildings. Enhancing the craftsmanship from old has resulted in the buildings being presented just beautifully.

I loved wandering the compact windy streets visiting antique shops with traditional chandeliers casting shadows into the delights found in the corners of the shops. Museums are deeply in tune with the Québec of yesterday and today. The province alone has more than 400 museums and heritage sites painting a vibrant, colourful picture of how this society has fared in the New World from the 16th century to the dawn of the third millennium.

On our way to the Plains of Abraham we visited the Forts-et-Châteaux-St-Louis. It is Parks Canada’s newest park located under the Terrasse Dufferin, the walkway in front of the Château Frontenac. It is the original wall city! There is a wide variety of restaurants featuring local specialties. Quebecois adore good food, just as they adore gathering around a restaurant table with family or friends. The selection is mind-boggling: local specialties, dishes from many cultures, self-serve health food, gourmet creations, fast food, family fare… Whatever your budget and tastes, there’s something for everyone. One thing never varies, though: the warm welcome you’ll receive! Before you say adieu to this lovely town, pop into Château Frontenac for a Ungava Gin and tonic. Ungava is gin made in Québec from plants of the Canadian Arctic tundra. With a splash of tonic – delicieux!

The Mighty Saint Lawrence is one of National Geographic Traveller’s 50 Tours of a Lifetime! The river constricts at Québec where a promontory commands the entire upper course. The military value of the site was appreciated long before European settlement began.

I know Adventure Canada has an excellent reputation and feedback has always been great and I was excited to experience the small cruiser Ocean Endeavour. Recently I had the opportunity to travel with Adventure Canada. I decided to try the 10-day journey from majestic Québec City stopping in the Saguenay Fjord, the Gaspe Rock, Prince Edward Island, Cape Breton Island, the Magdalen Islands, and ending in French Saint-Pierre.

Boarding the Ocean Endeavour was easy from the new ship terminal located in the lower part of the old city. Our reluctance to leave this wonderful city was made harder by soft warm evening air and stunning views of Québec City from the ship, as we sailed by Grosse Île, a municipality of the Magdalen Islands.

Saguenay and whales are usually spoken about in the same breath. Whales are the premier reason for people to travel to Saguenay and we were not any different – nor disappointed! The famous white belugas greeted us as we motored down the river! We disembarked at the town of Tadoussac located where the two rivers of St. Lawrence and Saguenay converge. A lively group of local musicians welcomed us with wonderful Québecois music and some snacks found in this Charlevoix region.

Free time allowed us the opportunity to stretch our legs: walking to several of the River’s vista lookouts, checking out local museums, learning about First Nations in the area, and even having a beer overlooking the confluence of the rivers and a 1747 church called Petite Chapelle.

I had been looking forward to seeing Les Jardins de Metis – Reford Gardens and I was not disappointed. 3,000 species, cultivars, and varieties of plants live happily in the micro climate of this enchanting site, traversed by a rushing brook and bordered by the Mitis River to the west and the St. Lawrence to the north.

The Gardens surround an old villa from the 1880s, now called Estevan Lodge. There is also a permanent area set out for Contemporary Art including botanical hieroglyphs that have been carved into stone. I wandered into many areas with names reflecting the whimsy of the gardens: Stream Garden, Primula Glade, and Woodland Walk. This is a must-see for visitors to the Gaspe.

Percé Rock was up next! This trip was full of iconic Canadian natural formations. Despite the rain and fog we had a great hike in the Parc National de Forillion. The weather turned into perfection for us as we set off in zodiacs cruising along Parc National de L’Île-Bonaventure-et-du-Rocher-Percé! Being in the zodiacs enabled us to get up close and personal with Percé Rock for some great photos; with the added bonus of our ship and other fishing boats in the background of those pictures!

Next, we travelled up to Bonaventure Island to view the thousand gannets and murres that nest on the rocks. A day to remember!