Travel is about discovering new things and experiencing different cultures. You want to see things that inspire you, that make a difference and that you can learn something from or walk away feeling on top of the world. UNESCO World Heritage Sites are important cultural and natural sites, listed because they are irreplaceable, one-of-a-kind locations that hold ‘outstanding universal value’. That is why we visit them and why we love them.

The following list is our favourite 10 World Heritage Sites in Europe: 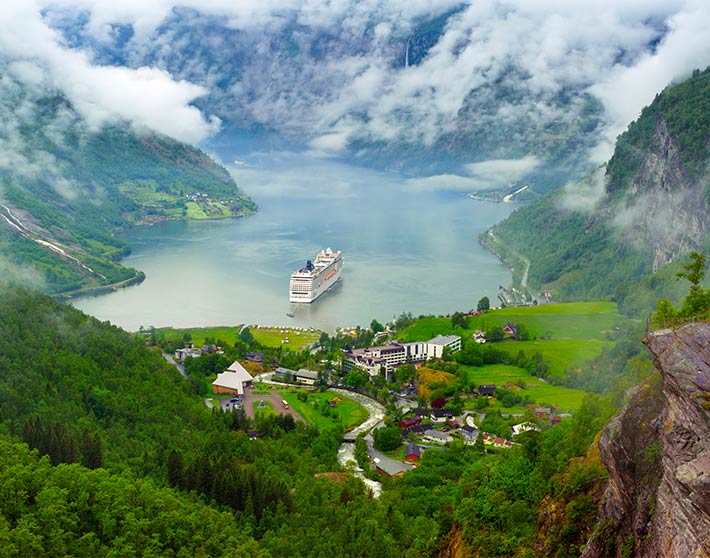 The West Norwegian Fjords are a masterpiece of nature. Thousands of years ago glaciers carved incredible gorges through the rocks, leaving deep valleys up to 1000m deep. Seawater has since filled the gorges and surrounding mountains rise over 1000 metres, holding snow on their peaks all year round. Here you will find many beautiful waterfalls, snow peaks, old farms built in the most obscure places as well as incredibly breathtaking scenery. 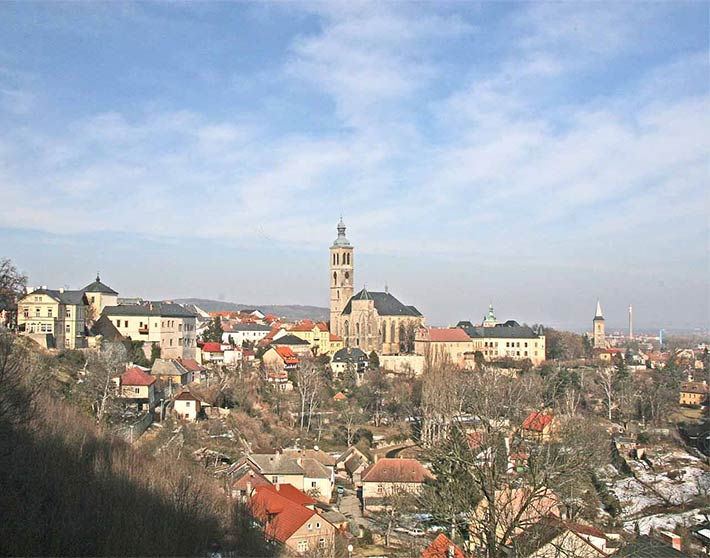 A small village, which was a royal city in the 14th century, Kutná Hora is endowed with monuments symbolizing its prosperity from earlier silver mining period. The Church of St. Barbara, built in the late Gothic period was restored during the early 18th century. During the communist period, religion was banned and the cathedral was used as a tobacco factory.
The Kutná Hora Cemetery Chapel, Sedlec Ossuary, is also an incredible historical site, full of ornaments and elaborate decorations using human bones, a decorating tradition started by monks during the Middle Ages. Yes, it is a little bit creepy… but once you see it, you’ll realise it’s pretty amazing. 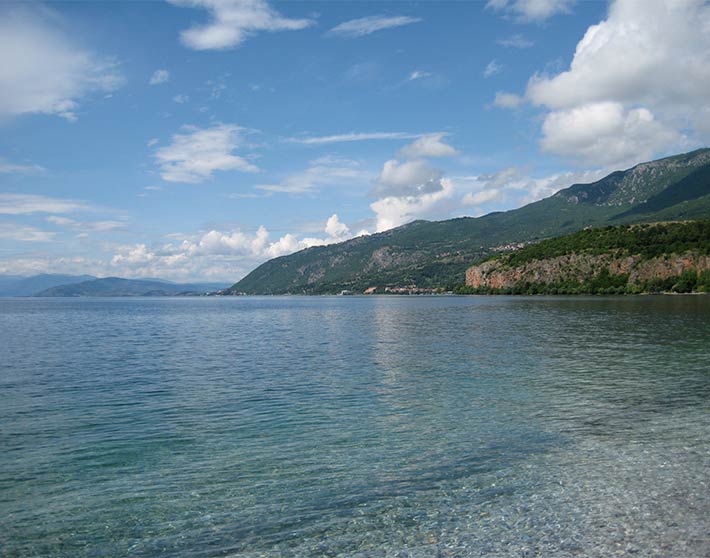 Located in Macedonia the lake is home to an array of rare aquatic life and is listed as World Heritage along with the town of Ohrid. The old quarter of Ohrid is full of beautiful churches and medieval castles that overlook the nearby lake. The lake’s pristine fresh water is the perfect way to cool off on a hot day and is a great place to watch the sunset over the surrounding mountains. 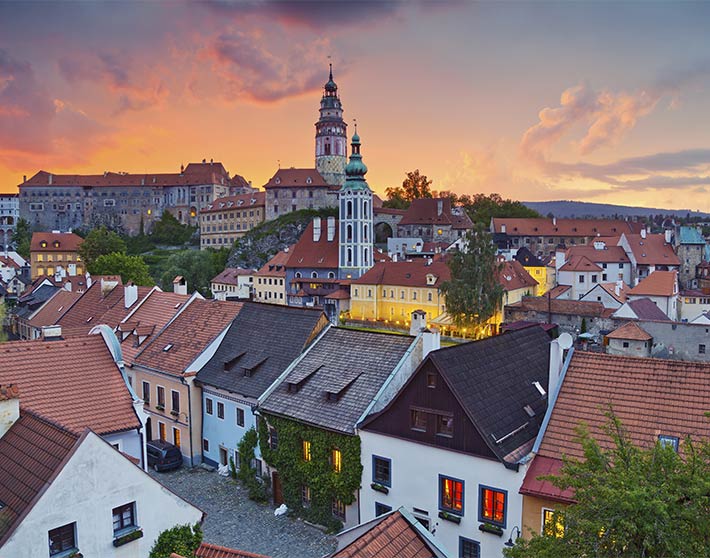 Take a step back in time and visit the historical centre of Český Krumlov. Located just over two hours south of Prague, it’s a great example of a European medieval town. Built around a 13th century castle, the town’s heritage is a display of turbulent history, showcasing many different influential periods throughout European history. The Baroque Opera Theatre is a beautiful example of modern day restoration and is definitely one to put on your list of things to see. 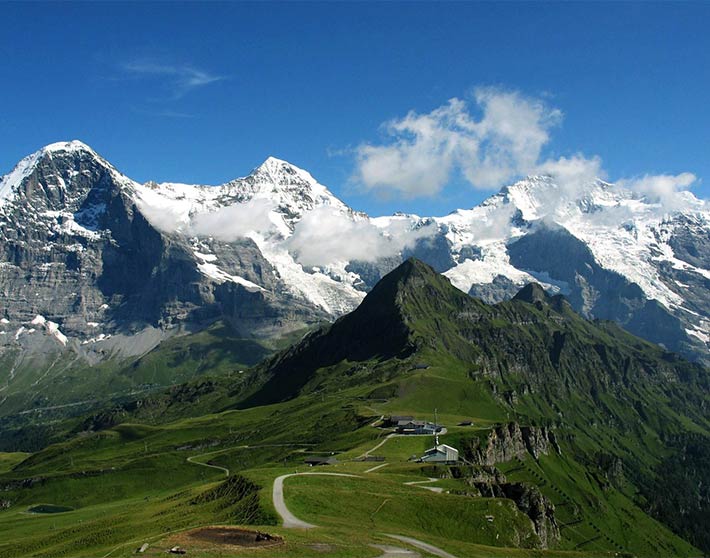 The Jungfrau World Heritage site expands over 82,000 hectares of land. This landscape has played an important part in the history of European literature, art and mountaineering. The Jangfrau glacier is one of the largest in Europe, with a width of approximately 1.6km. A cog railway takes you to the peak, where you can visit the ice palace built in the glacier and take in the scenery from the lookout deck. Possibly heaven on earth… you decide. 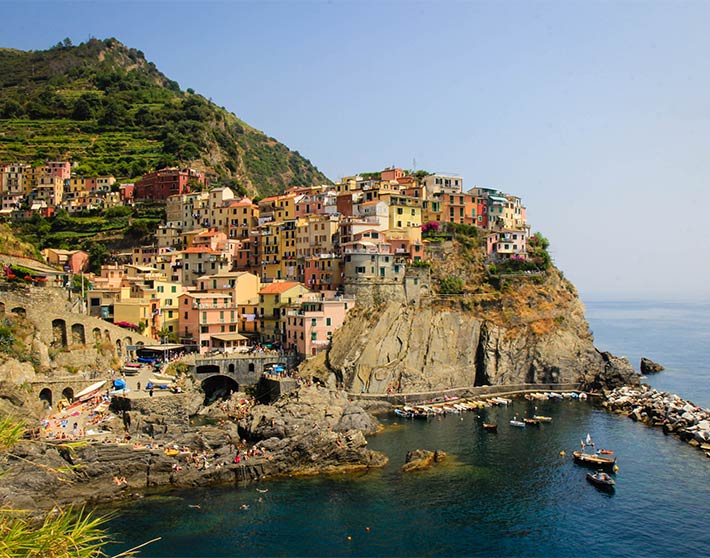 The Cinque Terre is made up of 5 villages located on the coast of Italy, which are said to have been around since as early as the 11th century. Buildings were constructed on the coast to create a fortification against the sea. A path constructed in the 1900’s connects the 5 villages together and offers spectacular views of the coast. Before the path was built, each village relied on ships for imports and exports, as this was the only way in and out. Each village is full of adorably colourful buildings along the coastline and not surprisingly, they boast a pretty mouth watering array of seafood.

Tip: The path connecting the villages was severely damaged back in 2011 and maintenance work often forces its closure, so it is best to check to see if the path is open before you go. When it comes to the seafood, you can’t go past the mussels! 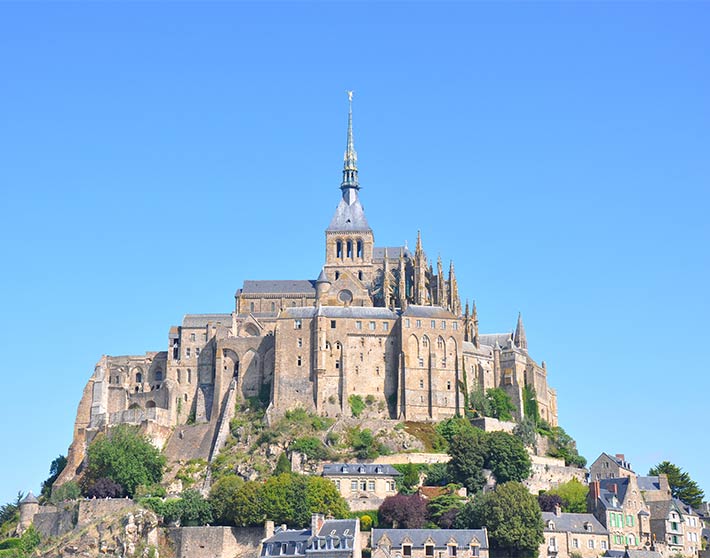 Located on a small island, with a circumference of approximately 1kilometre and surrounded by strong equinox tidal flowing sand beds, Le Mont Saint Michel is an incredible sight. The first abbey was built here over 1,000 years ago but was replaced and reworked up until the 18th century. During the 19th century the monastery was converted into a prison, however Monks have since returned and prisoners no longer inhabit the island. Thankfully! 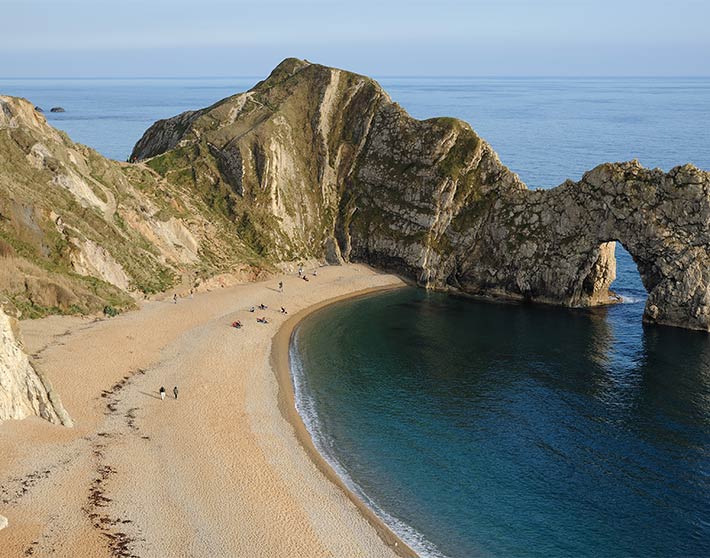 The Dorset and East Devon Coast is England’s first Natural World Heritage Site and is commonly referred to as the Jurassic Coast. Over 155 kilometres long, movements of the earth, the sea and wind have helped shape the area, leaving glorious rock formations. Fossils of prehistoric animals and plants can be found in rocks that formed between 250 and 65 million years ago, making it an extremely important location, giving us a glimpse at life millions of years ago. 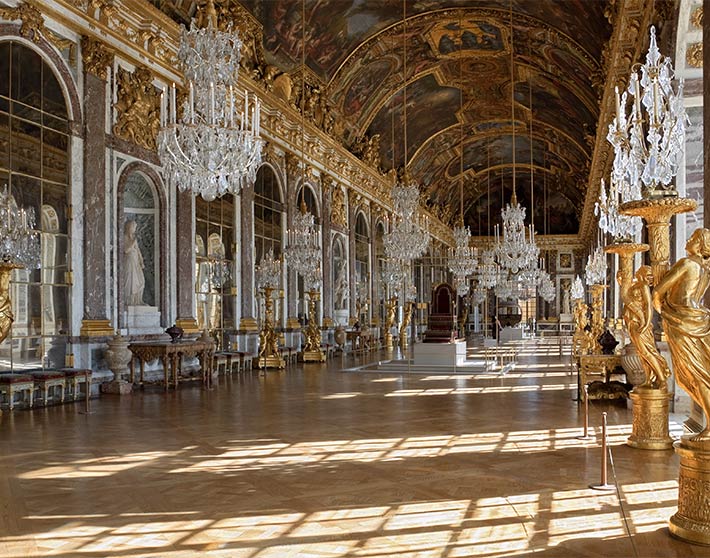 Once a home of French Monarchs, it is now a UNESCO World Heritage listed site which holds an incredible insight into French history. The Château features majestically decorated rooms some of which still hold their original furniture. The Hall of Mirrors is one of the most famous rooms at Versailles and was featured in the film Marie Antoinette, featuring Kirsten Dunst. The best time to go is during summer, when the garden is at its peak and fountains are in full use (Autumn and Spring are also beautiful). Leave yourself a whole day to explore, as you can get completely lost in its beauty and history. 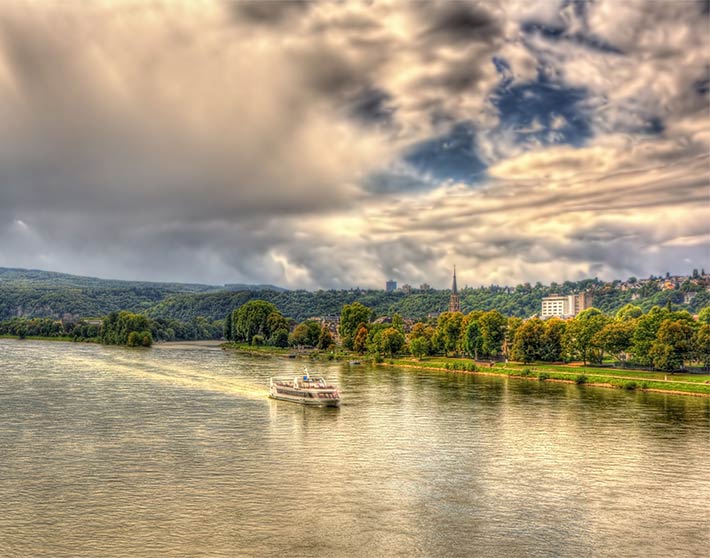 The Rhine Valley flowing through the middle of Germany is a great way to see the country. Gorgeous quaint towns and impressive medieval castles can be found either side of the Rhine. The Rhine has played an important part in the culture exchange between northern and southern Europe throughout history. Today it’s a popular and romantic tourist destination, boasting incredible history, scenic hikes, delectable foods and beautiful wines.