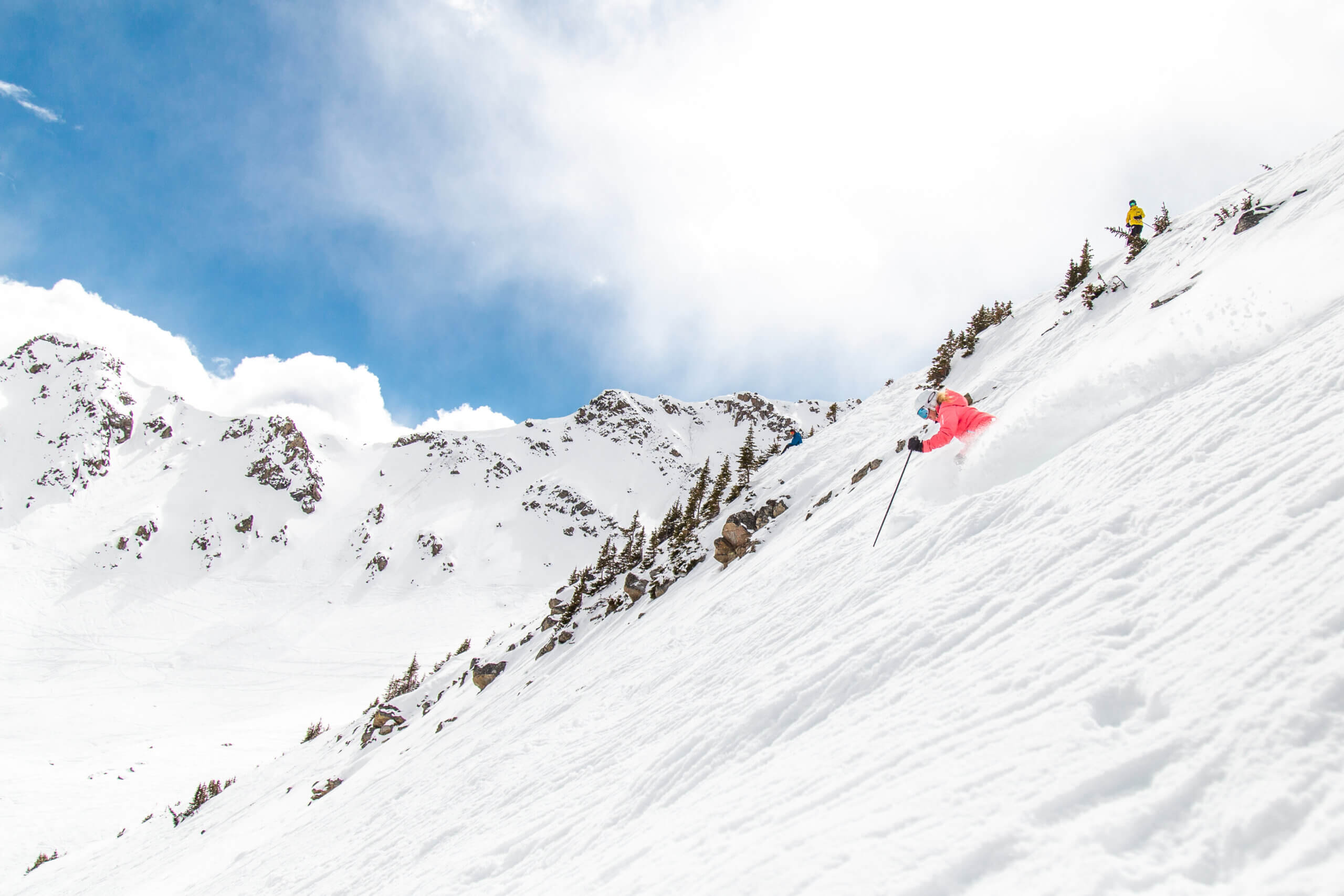 “I don’t personally believe in an afterlife but if there is a heaven, this is it.”

We’ll be the first to admit that we go a little heart-eyed when the topic of Marmot Basin ski resort comes up, but we’re clearly not alone. Marmot Basin has no shortage of good reviews (nearly a thousand skiers and snowboarders have given it an average rating of 4.7 stars out of 5 on Google), but the one above might be our new favourite.

When it’s not charming people with its stunning views, this beloved ski spot (known locally as “The hill”) is winning accolades far and wide. It was recently ranked by Home-To-Go as the best, most affordable ski resort in North America and helped establish Jasper as the best ski town on the continent. And now, it’s setting the bar for Covid-19 safety protocols too.

Need more convincing before you join the fan club? Here’s ten facts – some maybe a little surprising, some just neat – about Marmot Basin that’ll help you realize that yes, it is in fact possible to have a crush on a ski resort.

Highest base elevation of all Canadian ski areas

It might go without saying that when atop a mountain you’re going to be quite high up, but Marmot Basin takes high elevation skiing to a whole new level (both literally and figuratively). At 1,698 meters, the ski chalet at the base offers incredible views of surrounding mountain ranges, to say nothing of the panoramic extravaganza that awaits at the upper lift drop-off.

Partly thanks to its high elevation, Marmot Basin enjoys a longer season (and better, fluffier snow) than most ski resorts. Usually open from November to May, the mountain averages over 450 centimeters of cold Alberta powder every year. Pro tip: if you haven’t yet experienced the joy of spring skiing, then you are missing out.

The signature chairlift at Marmot Basin is the Canadian Rockies Express (CRE). Since being built for the 2009/10 season, this giant lift travels 2.3 kilometers in under 8 minutes and shuttles skiers and snowboarders to a zone that provides centralized access to all the hot spots of the mountain.

History with the army training

Before it became a hotspot for powder hounds, the area played host to a very different demographic. In 1942 the British army used Marmot Basin for alpine training maneuvers requiring a crude trail for snowmobile and snow cat transportation of the troops.

Marmot Basin’s water supply comes from natural, underground streams on the mountain that flow year-round. All excess water not used in the operation continues down to the Athabasca Valley and all wastewater undergoes treatment to ensure the maintained health of the watershed.

Usually, the higher elevation you are, the lower the mercury drops. But not always. Thanks to a fun scientific effect wherein cool air sometimes gets trapped beneath a layer of warmer air (the inversion layer) Marmot Basin can experience temperatures that are 10-15°C warmer at mid-mountain than in the town of Jasper.

Hitting the hill with tots in tow? No problem. Marmot has tons of family-friendly programming and infrastructure, including the School House Chair and Learning Area, Marmot Kids’ Camps, the Discover/Never Before Family Package, and Marmot Mountain Clubs. The on-mountain Little Rascals Nursery is temporarily unavailable until further notice, but usually welcomes children aged 19 months to 6 years.

The newest expert terrain was named after 1970s ski bums

Tres Hombres is a steep, long, and wide-open bowl that sits on the north face of the mountain. It only opened to the public in 2018, but its name harks back to three rebel skiers who illegally snuck into the area in the 1970’s. Allegedly the run was so good, they had to ski it a second time.

Marmot Basin ski resort is only a scenic 20-minute drive from the town of Jasper, but if you want to scope out the mountain without even leaving the comfort of your bed you can check the multiple webcams streaming on their website. Stationed at multiple areas – upper mountain, mid-mountain, and two at lower mountain – there’s also a high definition 360-degree webcam that points out certain landmark mountains and features.

Like what you see? Talk to a Ski Agent today!

6 Reasons Why You Need to Visit Israel
What to Expect in Banff and Lake Louise in March
Aspen Snowmass Family Guide
Fill out our online form.